After being cited as the #1 Judicial Hellhole for the past two years running, Philadelphia’s top administrative judge yesterday 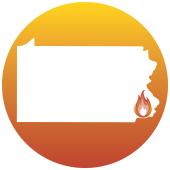 Upon considering comments and recommendations from attorneys and others during the last two months, Court of Common Pleas Administrative Judge John W. Herron signed off on General Court Regulation No. 2012-01 (posted in its

entirety here by ThomsonReuters.com), which, among many other positive things, will eliminate reverse bifurcation and limit consolidation in all mass tort cases, including asbestos cases.

Judge Herron’s order also critically acknowledges the “dramatic” explosion of the CLC’s asbestos docket that began in 2009, when “this Court’s leadership invited claims from other jurisdictions.  In 2009, when published comments were offered encouraging the filing of claims in Philadelphia, out-of-state filings soared to 41% and in 2011 reached an astonishing 47%.”

Among other judges implicated by that damning reference to court leadership that invited out-of-state claims was CLC Supervising Judge Sandra Mazer Moss.  And this new order also indicates that, as of May 1 this year, Judge Moss’s power at the CLC will be halved, and at year’s end she’ll be relegated to “senior status.”  Many defendants are quietly relieved by that news.

ATRA is relieved to know that, despite the distracting denials and protests that came from some Philadelphia judges, plaintiffs’ lawyers and self-described consumer advocates since the jurisdiction’s fairness problems were documented by two consecutive Judicial Hellholes reports, serious-minded jurists there took the criticisms as they were constructively intended.  Their desire to render justice fairly for all parties with matters rightly before them in Philadelphia courts has helped to drive the new rules detailed in Judge Herron’s order.  ATRA applauds the courage of these Philadelphia judges in challenging the status quo, and it encourages all Keystone State policymakers to broaden their reform efforts.