WASHINGTON, D.C. – A spokesman for the American Tort Reform Association today pointed out the fact that the national trial lawyers association and a personal-injury law firm known for aggressive advertising are both listing the same Washington, D.C., office address as theirs. 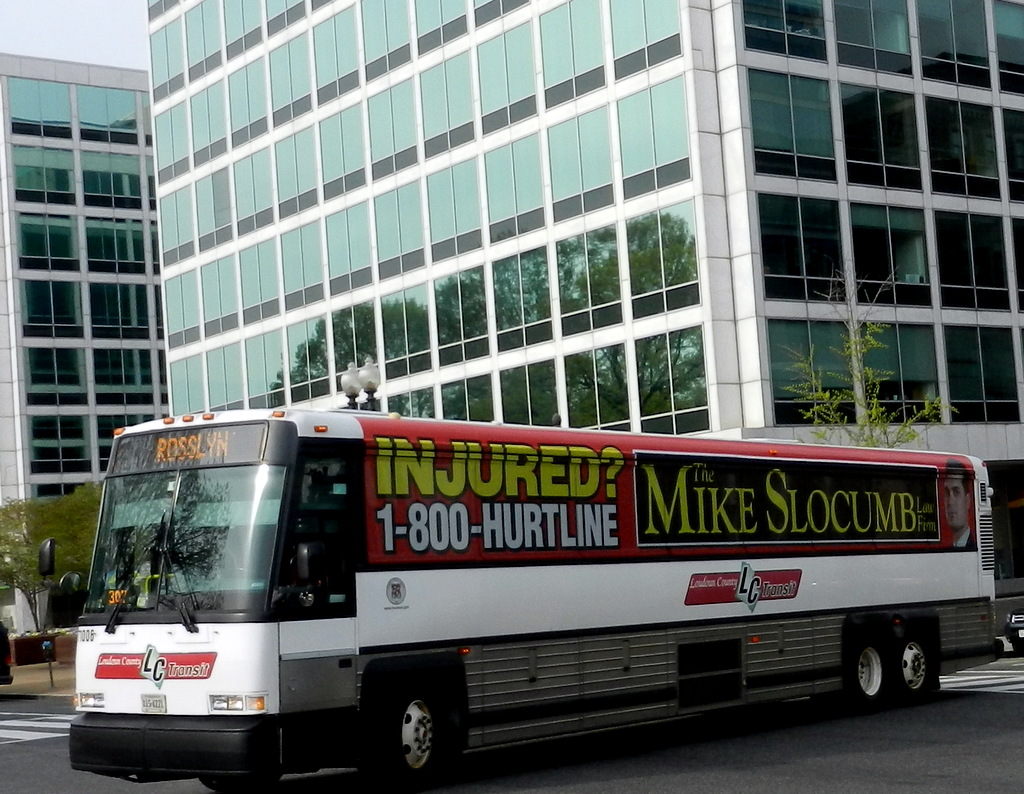 “A friend and colleague snapped this photo of Slocumb’s garish ad on a Loudon County commuter bus near Union Station yesterday,” continued McKinney.  “When my curiosity got the better of me, I undertook a little online research and found that the Slocumb firm lists the same Washington address as does the American Association for Justice: 777 6th Street, NW, Suite 200.

“It’s safe to assume that Mike Slocumb is a dues-paying member of the AAJ, the litigation industry’s sophisticated national lobbying operation with close ties to the White House and members of Congress.

“But why would the AAJ lease out office space to Slocumb – assuming that’s what’s happening here – when there’s no shortage of vacant office suites in D.C.?  And why would the AAJ and its political allies in Washington want to be this closely associated with such a brazen promulgator of the types of lawsuits that a sizeable majority of Americans think are bad for the country?”