“It is difficult to conceive how allowing the plaintiff to present to the jury fictitious evidence of amounts paid for medical services, while preventing the tortfeasor from challenging that evidence, serves the interests of justice.” –West Virginia Supreme Court of Appeals Justice Allen H. Loughry II, dissenting, in Kenney v. Liston, decided June 4, 2014.

West Virginia has done it again.
Six months ago, the Judicial Hellholes report highlighted a decision in which West Virginia’s highest court eliminated a tort law rule recognizing that home and business owners do not have a duty to protect those who visit their property from open and obvious dangers, such as a flight of stairs, a hole, or a stream. That decision was just one in a long series of rulings that has contributed to the Mountain State’s Judicial Hellholes reputation for imposing expansive liability that is out of the mainstream and creating an environment that is inhospitable to businesses.
The latest example is the West Virginia Supreme Court of Appeals’ decision to allow “phantom damages.”
As Judicial Hellholes reporting has previously discussed, phantom damages represent the difference between the amount that a plaintiff’s insurer, Medicare, or Medicaid actual paid for that person’s medical expenses and the “list price” charge that appeared on an initial invoice from 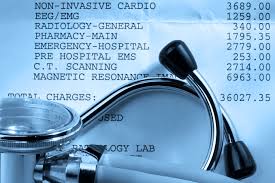 the healthcare provider.
As anyone who has seen a doctor knows, there is typically a significant difference between the the amount first billed for medical treatment and the amount eventually paid. Billed amounts vary significantly from person-to-person and provider-to-provider, and they’re sometimes three to five times higher than the amounts health care providers subsequently accept to settle the bill. The list rates have little connection to the actual value of medical services. It is rare that a patient or his or her insurer pays the billed amount.
It is as if car buyers were reimbursed for the Manufacturers Suggested Retail Price even though they were able to negotiate a much lower price with the dealership.
For these reasons, courts such those in California and Texas, and legislatures in Oklahoma and North Carolina, have recently found that juries should consider the amount actually paid for medical treatment, not the invoiced amounts, in determining damages in personal injury cases.
But in a 4-1 decision, West Virginia’s high court held that a plaintiff is entitled to the billed rate for medical services because the discount rate or write off is a result of the insurance policy for which the plaintiff paid.
The fallacy of this argument, as the California Supreme Court has observed, is that the amount of a health insurance premium is based on an insurer’s payment of a negotiated rate. Policyholders do not pay premiums based on list prices — if they did, insurance rates would be much higher.
At a more fundamental level, as California’s highest court found, a plaintiff may not recover amounts billed but never paid “for the simple reason that the injured plaintiff did not suffer any economic loss in that amount.”
Justice Loughry’s dissent took the majority to task, showing why its decision provides an improper windfall to plaintiffs and their lawyers, lacks grounding in reality, and will ultimately harm citizens through higher insurance rates: