Along with other prominent trade groups, the American Tort Reform Association today filed an amicus brief with the Supreme Court of the United States (SCOTUS), urging the high court to hear BP’s appeal of critical class action issues stemming from the 2010 Deepwater Horizon oil spill in the Gulf of Mexico. 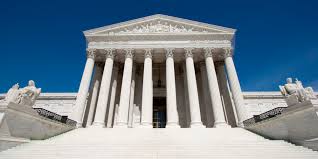 The trade groups’ friend of the court brief argues that the questions raised by BP’s appeal of decisions made by lower courts about the huge class of plaintiffs amassed by personal injury lawyers and now seeking compensation for alleged oil spill-related losses are worthy of SCOTUS attention and clarity — especially since so many class members have suffered no losses at all.
Among other points advanced by the brief, it argues that the “Fifth Circuit’s decisions,” which have effectively upheld the trial court’s questionable management of the case, seemingly ignore Federal Civil Procedure Rule 23 and Article III of the U.S. Constitution, and thereby “reduce the assurance that settlement agreements will be implemented as intended.

“. . . With such uncertainty, defendants may be considerably less likely to commit to settlement, knowing that the class of plaintiffs is subject to change at any time, in a manner not limited even by the bedrock principles of Rule 23 or Article III.
“Rule 23’s requirements cannot be met when a class member who has suffered no injury at the hands of the defendant is permitted to recover from a class action settlement.  In such a case, the very injury that should be at the center of the class certification decision is cast aside as irrelevant. The class certified in that case—which is this case—has no relation to the class envisioned by Rule 23.
“This class also violates a foundational constitutional principle: Article III standing. Even as class procedure has evolved over time to meet the identified needs of this relatively new mechanism, Article III’s ‘irreducible constitutional minimum’—that all plaintiffs seeking hearing in federal court present a live and true ‘case or controversy’—has never softened. Yet the Fifth Circuit’s erroneous interpretation here results in a class with many members who have suffered no injury caused by the defendants.
“The Fifth Circuit’s decisions thus allow improper plaintiffs to receive unwarranted settlement distributions.  But this case risks becoming far more than just a one-off undeserved windfall.  It may discourage future defendants from settling cases, portending a spike in costly class litigation as parties opt to forgo the efficiencies of class settlement.”