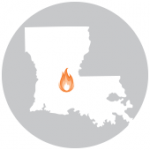 allies at Louisiana Lawsuit Abuse Watch report that, “Despite fierce criticism from lawmakers and legal reform groups in recent years,” state Attorney General James “Buddy” Caldwell has revived his infamous “Buddy System,” continuing “his questionable practice of hiring outside attorneys to pursue litigation on behalf of the state” and giving much of this potentially lucrative business to “law firms and law 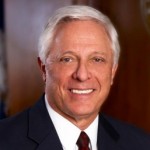 yers that have donated tens of thousands of dollars to his political campaign[s].”

According to LLAW’s March 10 news release, Caldwell has filed a lawsuit in state court against GlaxoSmithKline (GSK), alleging that the drugmaker tried to block competition from a generic version of its effective allergy medication Flonase.

LLAW also cites a recent New York Times article that reported “outside law firms partnering with Caldwell have made more than $54 million in legal fees since 2011.”

“The lawsuit against GSK is believed to be the first in which Caldwell has used outside attorneys since” state lawmakers enacted a reform law limiting “the attorney general’s ability to hire outside lawyers on a contingency fee basis . . . .”

“Currently, it is unclear if the attorneys involved in the GSK litigation are working under a pseudo-contingency fee arrangement or if they have been contracted under hourly rates in accordance with the new law.  LLAW has filed a public records request with the Attorney General’s Office to obtain copies of the contracts. The request is pending.”