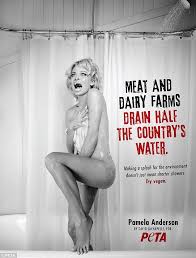 For the second time in a week, the litigious animal rights activists at PETA have had a specious lawsuit tossed out of court as quickly as aging actresses with limited talent are tossed out of work in Hollywood.

Last week it was their absurd claim that a macaque monkey had copyrights on the “selfies” it had managed to snap of itself when it got a hold of a photographer’s camera.  The judge said only humans have standing to sue.

The second case, a putative class action directed at Whole Foods, an organics-oriented grocery chain that cultivates a reputation as a leader in animal welfare and sustainable farming, got the heave this week.

PETA alleged that, in violation of California’s consumer protection laws, Whole Foods promoted on signs, placards and napkins in its stores “5-step” animal welfare standards that ultimately were not met in production of the meat and dairy products it sells.

Whole Foods moved to dismiss the case for lack of specificity, among other faults.  U.S. Magistrate Judge Nathanael Cousins appropriately granted the motion, giving PETA until February 16 to beef up its complaint and refile.  Of course, if Kim Kardashian has the audacity to be seen wearing a fur in public between now and then, the PETA folks may become so distracted with outrage that they’ll just moooove on.