California, the nation’s #1 Judicial Hellhole, has taken a dutiful step forward to remedy the ADA lawsuit epidemic in the state. 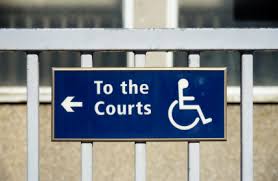 On May 10, 2016, Governor Jerry Brown signed Senate Bill 269, providing some protection to California small businesses from predatory plaintiff’s lawyers. The bill allows small businesses time to cure certain technical violations without penalty. If a small business hires a Certified Access Specialist to inspect the premises for potential ADA violations, then that small business may fix any alleged violation before a suit can be filed.

There was near-uniform support for the bill in California, which is indicative of the oppressive legal climate that businesses in the state have faced. A California Democrat has gone so far as to introduce legislation on the House floor in an effort to stop the nationwide abuse of the ADA after noting California’s disastrous experience.