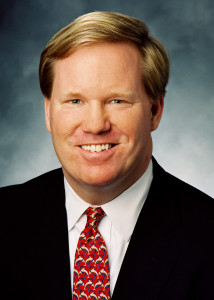 “Judge Gorsuch’s 10-year tenure on the Tenth Circuit Court of Appeals indicates that he’s a highly qualified jurist with an ‘originalist’ or ‘textualist’ approach, much like that of the late Justice Antonin Scalia,” began ATRA president Tiger Joyce.

“Judge Gorsuch has written hundreds of opinions,” Joyce continued, “and virtually all of them evince a genuine fairness with concern and respect for all parties to the litigation before him. President Trump certainly deserves credit for nominating this particular judge to fill the Supreme Court’s open seat.”

Briefly turning to confirmation politics, Joyce noted a virulent hyper-partisanship that has slowed confirmation for almost all of the new administration’s nominees.

“But ATRA is hopeful that reasonableness will ultimately win the day, and that senators will confirm Judge Gorsuch fairly soon so he can hear arguments and weigh in on critical high court cases revolving around the due-process violations that result from personal injury lawyers’ forum-shopping, as well as National Labor Relations Board actions that seem to fly in the face of the frequently upheld Federal Arbitration Act.”

Joyce added that ATRA is also watching closely a case it hopes will clarify the presumptions trial courts can make when considering class action certification in anti-trust cases (International Paper), and another involving successor liability in a bankruptcy sale that could curb a strain of litigation that enriches the plaintiffs’ lawyers who drive it while offering little relief to class members (In Re Motor Liquidation).