ATRA Letter in Post-Dispatch Pushes Back against Lying Lawyer

Letters to the editor 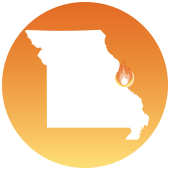 Credibility of commentary writer can be questioned

In attacking my organization’s annually well-documented “Judicial Hellholes” report, which recently ranked St. Louis as the nation’s least fair civil court jurisdiction and criticized what we believe are scientifically groundless verdicts against makers of talcum powder, personal injury lawyer Roger Denton claimed to have no involvement in litigation against one of those makers [“Don’t fall for corporate lobbyists junk science, ‘Judicial Hellhole’ claims,” Feb. 7] But documents I provided to the Post-Dispatch indicate that he is very much involved in such litigation, so his credibility can fairly be questioned.

Also questioned by a New Jersey judge last summer was the soundness of testimony offered by the same expert witnesses who’ve been winning gigantic, multimillion-dollar verdicts in St. Louis by alleging that talcum powder use causes ovarian cancer. The Garden State judge found their testimony unsupportable and dismissed those talc cases.

But back in St. Louis, where an antiquated standard for expert testimony is less exacting than that in all federal courts and 40 state court systems, Denton’s fellow trial lawyers have spent millions on misleading TV commercials that have influenced potential jurors while they line up hundreds of out-of-state talc clients who’ll avail themselves of precious court resources provided by Missouri taxpayers.

Taxpayers who think Missouri’s courts should primarily serve Missourians may wish to voice their concerns to lawmakers in Jefferson City as a number of civil justice reform bills are now being considered.