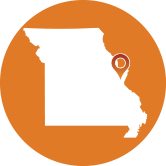 The Missouri legislature gave its stamp of approval to S.B. 591, sponsored by Sen. Bill White, amending the Missouri Merchandising Practices Act (MMPA) and the standards by which punitive damages are awarded. The bill passed the Missouri House of Representatives on May 12th by a 98-51 vote. It passed the Senate on a 21-9 vote on March 2, 2020.

Lawyers have long abused the state’s consumer law. They generate shakedown class action lawsuits alleging that product labels, advertisements, or other business practices are misleading where no reasonable consumer has been misled or lost money. The statute had become overstretched and expanded well beyond the intent of the drafters.

The MMPA is a popular vehicle for lawsuits because it provides for things such as attorney’s fees and punitive damages. This incentivizes the trial bar to include an MMPA claim when filing personal injury and other lawsuits. This poses a real threat, particularly for small businesses, because punitive damages are not covered by insurance policies. Businesses faced with MMPA claims often settle given the unwillingness of Missouri courts to dismiss meritless cases, the cost of lengthy litigation, and the liability exposure if the case goes to trial.

Research shows excessive tort litigation in Missouri results in a loss of $2 billion in personal income annually and a loss of 32,205 jobs. The excess costs result in a “tort tax” of $505.21 per person.

S.B. 591 now heads to Governor Mike Parson’s desk, who is expected to sign the bill into law. The amendments included in this legislation will help curb lawsuit abuse in the “Show Me Your Lawsuit” state which has been on the American Tort Reform Foundation’s list of “Judicial Hellholes” for many years. St. Louis is currently ranked No. 5.

The passage of S.B. 591 is a win for Missourians who suffer the effects of lawsuit abuse.  This bill will reduce frivolous litigation and allow for greater access to the court system for those who need it most.

A separate section in S.B. 591 also addresses punitive damages reform in light of the 2014 Missouri Supreme Court decision in Lewellen which struck down the state’s limit on punitive damages: