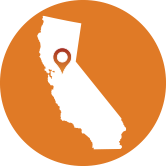 Federal Judge William Shubb ruled yesterday that California cannot require Bayer AG to label its glyphosate-based weedkiller Roundup as “known to the state of California to cause cancer.”

Regulators and scientists worldwide have deemed glyphosate safe, with the exception of the International Agency for Research on Cancer (IARC), whose study was riddled with controversy.

Judge Shubb’s ruling this week is a huge win for our court system. Juries should be able to trust that the evidence they are presented with in court is trustworthy, sound science, and thanks to Judge Shubb, we are one step closer to a more fair system.

California regulators and judges have routinely allowed prosecutors to present and juries to rely on the rogue IARC report as the basis for multi-million-dollar and even multi-billion-dollar judgments against companies like Bayer in cases claiming their Roundup product caused cancer.

The single IARC report stating glyphosate, the main ingredient in Roundup, is carcinogenic, is in stark contrast to more than 800 studies submitted to the U.S. Environmental Protection Agency.

This is part of a growing trend we see where judges increasingly ignore their role as gatekeeper and allow juries to rely on ‘junk science’ claims as the basis of massive judgments.

In Daubert v. Merrell Dow Pharmaceuticals (1993), the Supreme Court of the United States bestowed upon judges the responsibility of serving as “gatekeepers” to weed out unsubstantiated science and prevent it from being offered to jurors in their courtrooms. This then created the Daubert standard for expert witness testimony adopted by federal courts and a majority of states to ensure juries are empowered with the most complete and accurate evidence during trials.

Other judges across the country should look to Judge Shubb’s example to create a more balanced judicial system where equal justice is available under the law.

William Shubb has been a federal judge for the U.S. District Court for the Eastern District of California since his nomination in 1990 by President George H.W. Bush.

California is a mainstay on the American Tort Reform Foundation’s annual “Judicial Hellholes” report and rankings where it currently sits at No. 2.