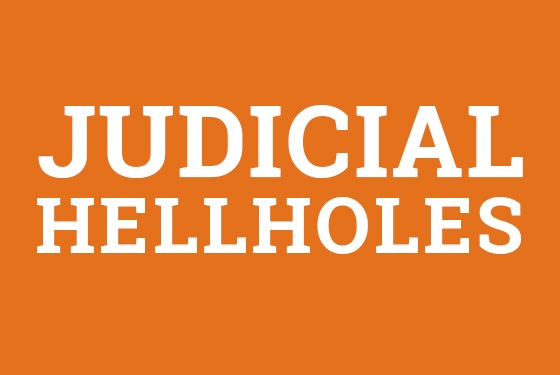 Yesterday, October 22, 2020, the Supreme Court of Pennsylvania openly defied the U.S. Supreme Court in Hammons v. Ethicon. This was the state high court’s first opportunity to apply the U.S. Supreme Court 2017  Bristol-Myers Squibb (BMS) ruling to claims brought by out-of-state plaintiffs in Pennsylvania courts. In BMS, the Court held that a state cannot exercise personal jurisdiction over a company that is not incorporated or headquartered in that state, when the plaintiffs do not live in the state, and events related to the alleged injury did not occur there.

In the case before the Supreme Court of Pennsylvania, an Indiana resident claimed that Ethicon, a New Jersey company, made a defective pelvic mesh device. The plaintiff did not receive medical treatment in Pennsylvania, and all conduct relevant to her claim took place in Indiana or New Jersey.

The only connection between the parties and Pennsylvania was that Ethicon contracted with a Pennsylvania company, Secant, to provide “design, test, and manufacture” the mesh and the plaintiffs’ lawyer decided that Philadelphia it would be a more favorable jurisdiction place to sue. Doing business with third parties, however, does not automatically subject an out-of-state business to personal jurisdiction where that company is located unless there is a specific connection between the forum and the injury. The U.S. Supreme Court in BMS held that the “bare” decision to contract with a California company to distribute the drug nationally did not provide a sufficient basis for jurisdiction in California. As in BMS, Ethicon’s link to a Pennsylvania company should not have provided a sufficient basis for a Pennsylvania court to decide the case. Nevertheless, the lower courts allowed the Indiana resident’s claim against a New Jersey company to proceed in Pennsylvania courts, which led to a $12.8 million judgment in Philadelphia’s mass tort program.

This ruling clearly undercuts the majority ruling in BMS which sought to restrict out-of-state plaintiffs from suing in plaintiff-friendly jurisdictions. Oddly, the Pennsylvania Supreme Court appeared to follow Justice Sotomayor’s “forceful dissent” in BMS instead of the majority opinion. In fact, the Pennsylvania Supreme Court invited review of its decision, stating that “absent further clarification from the High Court, we decline to restrict jurisdiction by focusing narrowly on the elements of plaintiff’s specific legal claims.” Only the state’s chief justice refused to “join an opinion of a state court that does not abide by the [U.S. Supreme Court’s latest pronouncement.”

The Philadelphia Court of Common Pleas was the top Judicial Hellhole in 2019.  One of the main reasons being the court’s tendency to misapply venue rules and allow forum-shopping. Judges in the Philadelphia Court of Common Pleas have made a habit of swinging open the courtroom doors to out-of-state plaintiffs.  This policy benefits plaintiffs but negatively impacts Pennsylvanians.  It clogs courts, drains court resources, and drives businesses out of the state leading to job loss.  The Hammons decision reinforces the actions by the lower court and allows forum shopping to continue. It further cements Philadelphia’s position atop the list and makes it a near certainty the regrettable distinction will extend to the state’s Supreme Court when the 2020 rankings come out in December.