The federal False Claims Act (FCA) has been expansively and inconsistently interpreted by courts in recent years. The FCA’s qui tam provision, which allows private citizens known as “relators” to sue on behalf of the federal government, has become the dominant method for bringing FCA claims. FCA cases are supposed to be about fraud, but lately plaintiffs’ lawyers have used them to land big bounties based on regulatory noncompliance, paperwork errors or even simple contract disputes.

HISTORY OF THE FCA 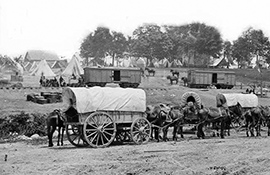 The FCA was originally enacted in 1863. Known as “Lincoln’s Law” or “The Informer’s Act,” it was the original whistleblower law, aimed at preventing unscrupulous sellers of shoddy goods or never-performed services from defrauding the government during the Civil War. The Act included several modern features including civil penalties for each false claim and damage multiples of the government’s losses.

During the New Deal and pre-World War II military buildup, the U.S. Supreme Court expanded the statute’s qui tam provision. That expansion invited opportunistic relators to bring civil qui tam actions by simply copying criminal indictments. So Congress shut down that racket in 1943 by requiring claims to rely on information that the government did not already possess.

While defense spending increased at the end of the Cold War, Congress revised the FCA yet again in response to reports that fraud was pervasive in defense contracts. And by the late 1990s, the FCA had been interpreted to cover any payment made by Medicare and Medicaid. Congress expanded the FCA to include additional types of fraud after the financial crises of the 2000s.

As this steady expansion occurred, the means of enforcing the FCA fundamentally changed, too. For most of its history, FCA claims were primarily brought by the government. But since 1994, when government attorneys brought 280 new claims and private relators brought 218, relator actions have exceeded government actions each year, and the number of these qui tam lawsuits has since tripled.

In 2015 private lawyers filed 638 qui tam actions while the government initiated only 110 claims. The strong financial and tactical incentives provided to relators explain such a drastic shift in FCA litigation.

In qui tam actions the government remains the plaintiff, even as the private relator stands to win a sizeable portion of any possible settlement or verdict. By design, the FCA is sharply punitive and requires a defendant found liable to pay treble (triple) damages, steep “per-instance” civil fines, and the costs of pursuing the action.

A qui tam lawsuit is initially filed under protective seal — held by the court in confidence. But notice is given to the government through the Department of Justice, and the government has 60 days to decide if it should intervene, let the relator take the lead, or ask for more time to decide. The law requires the action to remain sealed throughout this process.

If the government intervenes it leads the lawsuit. If it declines to intervene, as it does in about 8 of 10 cases, then the relator may choose to continue the lawsuit on the government’s behalf. In each case, if the action is successful, the relator may receive between 15% to 25% or even up to 30% of the award, plus the costs of pursuing the action.

To be successful in an FCA claim a plaintiff must prove that a person or business knowingly presented or caused to be presented a false claim for payment or approval, or knowingly made, used, or caused to be made or used, a false record or statement material to a false or fraudulent claim for payment to the government. The “knowingly” requirement may be satisfied through showing actual knowledge, acting with deliberate ignorance, or taking action with reckless disregard for the truth or falsity of the information.

Traditionally, a qui tam plaintiff’s lawsuit was to be based on information that was not already known to the government or otherwise publicly available — a requirement that theoretically limited opportunistic lawsuits. Today, however, actual fraud is no longer required. Nor is insider knowledge necessary.

Congress eliminated the longstanding requirement that a company intended to defraud the government in 2010. As a result, an inadvertent billing error once viewed as correctable may now give rise to a multimillion-dollar whistleblower claim.

The FCA also no longer requires that a contractor’s action be directed at the government, and an actual payment by the government as a result of the claim may not even be needed. A dispute between a contractor and subcontractor, can give rise to an FCA violation. Even unintentionally accepting an overpayment from the government can violate the statute.

Congress and the courts have also softened the criteria for qualifying as a qui tam relator. Relators no longer need to bring new, firsthand information to the government. They can instead bring suit by materially adding to information already known to the public. Astoundingly, even a federal auditor, whose already being paid to investigate fraud, can now serve as a relator.

The FCA is supposed to target fraud on government agencies, not serve as an alternative means of enforcing numerous federal regulations and contracting requirements. Five years ago, the Eighth Circuit recognized that “[t]he FCA is not concerned with regulatory noncompliance. Rather, it serves a more specific function, protecting the federal fisc by imposing severe penalties on those whose false or fraudulent claims cause the government to pay money.”

But attitudes are changing, arguably for the worse. Many of today’s FCA claims are premised on minor technical issues or deviations from federal regulations that were not integral to fulfilling the contract. In fact, a series of FCA lawsuits known as “false certification” claims do not allege that a company defrauded the government or even that it did not fulfill the contract. Rather, these very technical, one might say “nitpicking,” claims are based on provisions in some government contracts that require a contractor to pledge compliance with certain laws or regulations. Thus even a tangential compliance issue can be seized upon for the basis of a potentially crippling FCA claim.

In addition to treble damages, the FCA provides for steep “per incident” civil penalties. From 1999 until the end of July 2016, the FCA’s civil penalties were set at not less than $5,500 and not more than $11,000 per incident, an amount that already produced sizable sums. But on August 1 these penalties doubled to between $10,781 and $21,563 per claim, as a result Congress’s November 2015 enactment of the Federal Civil Penalties Inflation Adjustment Act Improvements Act (no, that’s not a typo; the word “Act” is actually used twice). 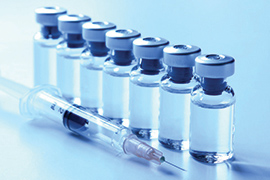 So for example, if the Acme Flu Vaccine Company were to sell 100,000 safe and effective doses of vaccine to the government for, say, $1 million ($10/dose), it might later find itself accused of “fraud” by a disgruntled former bookkeeper-turned-relator who claims inside knowledge about minor billing errors in that sale and seeks more than $21 million ($21,563 x 100,000) in a qui tam action on behalf of the government, which got what it paid for. As FCA civil penalties increase, self-interested relators and their lawyers are evermore motivated to make devastating accusations of fraudulent behavior where none occurred.

TRICKLE DOWN TO THE STATES

Abusive FCA litigation is not only a problem in federal contracting. It is increasingly raising similar concerns at the state level.

Over the past several years states have adopted or broadened false claims laws modeled on the federal law. They have done so largely in response to a mandate included in the 2005 Federal Deficit Reduction Act. Under this law states qualify for an additional 10% of Medicaid fraud settlements if they pass laws with qui tam provisions that are “at least as effective” as the federal False Claims Act, have consistent liability provisions, and have penalties that are at least as high as the federal law.

Not surprisingly, approximately two-thirds of states and some cities now have their own FCA that authorizes relator suits. And as Congress and the courts lower proof thresholds and raise penalties for federal claims, states risk losing federal funds if they don’ keep pace. For instance, the U.S. Department of Health and Human Services Office of Inspector General, which is in charge of certifying whether a state law qualifies for a monetary incentive, has given states a two-year grace period to increase their penalty levels to reflect the doubling of the federal penalties this August.

In Universal Health Services, the high court considered whether a company, by submitting a claim to the government for payment on a contract, implicitly certifies that it has complied with every applicable statutory, regulatory and contractual provision. The court found that, under certain circumstances, this “implied false certification” theory can provide a basis for liability when the payee makes specific representations about the goods or services provided without disclosing any statutory, regulatory or contractual noncompliance.

In Rigsby the high court will address whether there are any consequences for a qui tam relator who violates the statutory seal requirement by staging an extensive media campaign before the government decides to intervene or not.

In what was a very disappointing decision, the high court held that automatic dismissal is not required for a seal violation. In his opinion, Justice Anthony Kennedy stated that whether dismissal is appropriate is an issue left in the discretion of the district court, and that the Supreme Court could explore the factors relevant to the exercise of that discretion in later cases.

The high court rejected the argument that the seal requirement was a condition of ling such a suit, a position ATRA urged the court to take in its amicus brief led with in August 2016.

An additional case to watch is in the U.S. Court of Appeals for the Fifth Circuit. It involves the largest FCA award in history. In United States ex rel. Harman v. Trinity Industries, the defendant manufacturer incrementally modified its highway guardrail endcaps in accordance with new safety recommendations from the designer, a leading transportation engineering institute, but did not fully inform the Federal Highway Administration of the changes initially. The FHWA subsequently reviewed and approved the changes as compliant with applicable federal standards. However, in January 2014 the U.S. District Court for the Eastern District of Texas found Trinity’s failure to notify the government of the change had violated the FCA, entering a mindboggling $663 million judgment against the company.

Not unlike the Acme Flu Vaccine Company’s disgruntled former bookkeeper with questionable motivations for pursuing a qui tam action hypothesized above, the real-life relator in this case is a business competitor of the defendant.  Furthermore, the government, perfectly satisfied with the thoroughly tested and safety-improving guardrail endcaps it purchased, did not intervene. 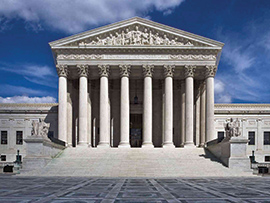 As ATRA’s amicus brief filed in March 2016 observes, under the district court’s ruling, a company could receive authoritative assurances from the federal government that its product complies with federal regulations and still be found in violation of the FCA and subject to hundreds of millions of dollars in treble damages and penalties.

The FCA has a long and important history of anti-fraud enforcement on behalf of the government. But recent court rulings and statutory changes have created a burdensome compliance regime for businesses that provide products and services to the government. It also is being corrupted by the self-interest of some private relators and their lawyers. Recent U.S. Supreme Court decisions seem to indicate the justices have few intentions of reigning in FCA abuses, but by the pending Trinity appeal at the Fifth Circuit could help move “Lincoln’s Law” back toward its original, commonsense purpose.