The Montana Supreme Court once again finds itself on the Watch List, as its penchant for expanding liability and not following U.S. Supreme Court precedent continues. 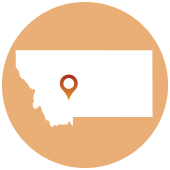 In 2008, a group of private property owners in Opportunity, Montana sued Atlantic Richfield, alleging that a copper smelter, which closed in 1980, contaminated their land. After being shut down, the Anaconda Smelter site was placed on the U.S. Environmental Protection Agency’s priority list for Superfund cleanups pursuant to the federal Comprehensive Environmental Response, Compensation, and Liability Act (CERCLA).

The EPA’s cleanup began in 1988 and, although it is still ongoing, the property owners filed a lawsuit asserting claims for trespass, nuisance, and strict liability, and seeking restoration damages. They hired their own experts who recommended the removal of the top two feet of soil and the installation of permeable walls to remove arsenic from the groundwater, among other recommendations that went well beyond what the EPA found necessary and required.

After years of litigation, Atlantic Richfield filed a writ of supervisory control with the Montana Supreme Court, seeking reversal of trial court orders that allowed claims seeking restoration damages to continue. The company argued that restoration claims are preempted by federal law because they directly conflict with the CERCLA cleanup plan.

As federal appellate courts explained, “Congress concluded that the need for [swift execution of CERCLA cleanup plans] was paramount, and that peripheral disputes, including those over what measures actually are necessary to clean up the site and remove the hazard, may not be brought while the cleanup is in progress.”

Nonetheless, in its split decision, the Montana Supreme Court held that the property owners’ claims were not a challenge to the CERCLA cleanup plan and that state courts are free to impose additional liability on companies that are complying with the federal effort. It allows a state court to view the EPA’s generally binding recommendations as suggestions, and requires companies to take actions that the EPA may have specifically considered and rejected.

With this ruling, the Montana Supreme Court overstepped into an area governed by federal law. Preemption is in place to prevent duplicative or inhibitive actions by a state that may interfere with a cleanup effort that is more properly handled by the federal government.

Justice Laurie McKinnon pointed out in her dissenting opinion that “[a]n action constitutes a challenge [to a CERCLA cleanup] if it is related to the goals of the cleanup.” As the property owners’ proposed restoration plan would impose different requirements than the EPA plan, it was “plainly contrary” to the federal cleanup, and directly interfered with the ongoing project.

The Montana Supreme Court’s decision turns the law of preemption upside down and threatens every company that works in good faith with the EPA on clean-up projects with new lawsuits that would require them to spend millions of dollars on top of the work they have already completed.

Despite the U.S. Supreme Court overturning its BNSF Railway Co. v. Tyrell decision in 2017, the Montana Supreme Court continues to hesitate to properly apply constitutional principles that prevent plaintiffs’ lawyers from filing lawsuits in Montana that lack a connection to the state.

In July 2019, the Montana Supreme Court joined a minority of courts that allow the exercise of specific personal jurisdiction when a defendant’s activities in the state have no causal connection to a plaintiff ’s claim. The Court allowed a product liability case to proceed in Montana state court against Ford in which there was no link between Ford’s operations in the state and the estate’s claims. The vehicle involved in the accident was not designed, made, sold, or serviced by Ford in Montana, though it was later resold and registered in Montana.

Ford filed a petition for certiorari with the U.S. Supreme Court in September 2019. ATRA has urged the high court to grant review.

The Montana Supreme Court is expected to finally decide the constitutionality of the state’s limit on punitive damages, which permits awards of up to $10 million or 3 percent of a defendant’s net worth. The Court previously ducked the issue back in 2015 when it ruled that Michigan law applied to the case before it and did not allow for punitive damages. For that reason, the Court did not rule on the constitutionality of Montana’s cap at that time.

Montana trial court judges have split on whether to apply the statutory limit, some finding it violates the right to jury trial or due process. These rulings are contrary to courts in the vast majority of states, which recognize that setting constraints on punishment is firmly within the legislature’s policymaking authority.

It is up to the Montana high court to issue a definitive ruling, finding that the law is constitutional. ATRA will watch closely in the hopes the Court will uphold the reasonable punitive damages limit enacted by the legislature.