Colorado remains on the Watch List due to its appellate courts allowing scientifically dubious expert testimony and the Colorado legislature’s propensity to enact liability-expanding legislation that targets the state’s employers. 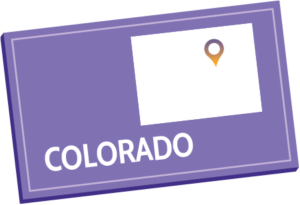 A pair of birth-injury cases in Colorado has significantly diminished the role that Colorado judges play in evaluating the reliability of expert evidence.

In both cases, plaintiffs’ lawyers attempted to introduce questionable expert testimony asserting that healthcare providers use of a medication to induce contractions and failure to conduct an earlier Cesarian section led to a child’s birth with brain damage. Two trial courts excluded expert testimony proposed by the plaintiffs that would have attributed the baby’s condition to Cranial Compression Ischemic Encephalopathy (CCIE), a theory that prolonged, frequent compression of a child’s head during contractions can decrease oxygen and blood flow to the child’s brain during delivery. These courts, consistent with the positions of the American College of Obstetrics and Gynecologists and the American Medical Association, found the theory insufficiently supported by science to be admissible in court. Nevertheless, in both cases, the

Colorado Court of Appeals reversed the trial courts. The appellate court found that despite the lack of published articles and testing supporting the theory, the state applies a “liberal admission standard” for expert testimony, which allows the case to proceed to trial. This approach is contrary to the gatekeeping function of the courts, which provides judges with the responsibility of screening out made-for-litigation science.

In September, the Colorado Supreme Court refused to review one of the cases, leaving the door open to junk science in Colorado courtrooms.

This year, Colorado enacted H.B. 1300, legislation that will fracture practical control over the claim and litigation process, undermining Colorado’s public policy encouraging settlement. It addresses the financing and recovery of medical treatment expenses incurred by individuals injured due to a third-party’s negligence. This law will allow healthcare providers who treat injured persons to, in lieu of submitting treatment charges to the patient’s health insurer or an applicable government program like Medicaid, take a lien against the patient’s future recovery on a claim or lawsuit against the tortfeasor who caused the injury and sell that lien to another entity. The lien purchaser will then have the right to recover not just the lien purchase price, but an amount reflecting the usual and customary provider charge “billed” for the services provided to the injured party in the absence of insurance.

H.B. 1300 will allow lienholders to exercise control over the claims without their involvement being known or disclosed. It turns defendants and their insurers into quasi-collection agents who must monitor priority positions to prevent additional exposure.

Finally, H.B. 1300 would further entrench phantom damages as the law of Colorado. “Phantom damages” exist any time lawsuit recoveries are calculated using the dollar amount a patient was billed for a medical service instead of the amount the patient, their insurer, Medicare, Medicaid, or workers’ compensation actually paid for treatment. For example, a hospital may bill $20,000 for an emergency room visit, while the amount the hospital typically receives after adjustments may be $8,000. The $12,000 difference is not owed or ever paid in the real world.

The use of inflated billed amounts only increases the overall cost of the civil justice system, spreading the financial burden on the backs of every American through higher costs on goods and services. These amounts become a driving factor for settlements or jury awards in personal injury cases when juries are asked to assign a verdict of three to four times the actual value of medical care.

Legislature Looks to Increase Burdens on Employers, Both Small and Large Businesses

The Colorado legislature has made a habit of enacting legislation that will lead to increased burdens on business across the state, large and small. According to Jason Reisman, partner at Blank Rome LLP, “Colorado [] is giving California a run for its money” in coming up with new ways for employees to sue their employers.

The state’s Equal Pay for Equal Work Act took effect this year. The Act precludes employers from using an individual’s salary history as a basis for making pay decisions and creates a private right of action for employees to pursue wage bias claims. It creates a private right of action for “aggrieved” employees, who may bring a civil action in district court to pursue remedies. Penalties for violations include fines ranging from $500 to $10,000 per violation.

Employers also are required to include salary and benefit information in job postings, as well as publicize promotional opportunities to employees. These transparency rules do not apply to a job that is performed entirely out of the state, but if there is even a chance that any aspect of the job is performed in Colorado or by a Colorado resident, the employer must list the information in the job posting.

In today’s world where more jobs are being performed remotely, some job listings have gone so far as to say that Colorado residents need not to apply, leading to fewer job opportunities for the state’s residents. Employers do not want to open themselves up to the increased liability and frivolous lawsuits that are certain to follow the bill’s enactment.

The Act also says an employer cannot pay an employee less than a worker of a different sex if they per- form “substantially similar” work, a much lower bar than the federal standard of “substantially equal” work. The unfamiliar language will likely prove confusing when courts are interpreting the law and lead to even more litigation.

Given the private right of action and the amorphous nature of the applicable standards, the Act is primed to be a lucrative goldmine for the entrepreneurial Colorado plaintiffs’ bar.

Agricultural employers in Colorado are already strained by drought conditions and the continuing rise of production costs. The state’s newly signed Agricultural Workers’ Bill of Rights will only add to the industry’s burdens. It will increase labor costs by removing the longstanding exemption of agricultural workers from minimum wage, meal and rest break, and overtime pay requirements. The bill contains a private right of action and will open the floodgates to litigation targeting the agriculture industry.

Dangerous Employment Liability Bill Fails, But May Return in Future

S.B. 176 would have allowed workplace discrimination claims against private employers to go directly to court, rather than first go to the Colorado Civil Rights Division for review and potential resolution. It also would lower the standard for actionable hostile work environment claims from “severe or pervasive” to anything that “undermines a person’s sense of well-being” and makes employers liable for conduct of independent contractors. The bill passed the Senate but was postponed indefinitely by the House Judiciary Committee.

Once again, Colorado’s legislature failed to protect the state’s workers and businesses from excessive liability arising out of the COVID-19 pandemic. Two bills, HB21-1074 and SB21-080, would have provided individuals and organizations such as schools, businesses, healthcare providers, and religious organizations liability protection in lawsuits claiming that they are responsible for a person’s exposure to the virus. This protection would only be available to those who complied with applicable public health guidance. It would not be available if gross negligence or willful misconduct led to a person developing COVID-19.

Colorado is one of the few states not to enact any level of protection.

“The net effect of significant additions of labor costs to agricultural employers will be more family farms and ranches being sold to developments and loss of jobs for agricultural workers.”

The Colorado Supreme Court is poised to rule in an important case involving proper application of the state’s judgment interest statute.

The case, Ford Motor Co. v. Walker, deals with a 2009 car accident in which a plaintiff claimed that his injuries from being rear-ended in a car accident were exacerbated by the design of the car seat. The original trial resulted in an award of nearly $3 million. This judgment was reversed by the state’s appellate courts after finding the trial court improperly instructed the jury to apply a plaintiff-friendly standard for determining whether a complex product is defective. The case was then retried in 2019, ten years after the accident, and the court again entered a judgment for Walker nearing $3 million.

ATRA’s amicus brief to the Colorado Supreme Court notes that the Colorado Court of Appeals’ decision irrationally penalizes civil defendants who successfully appeal adverse verdicts. The court’s holding forces defendants to pay interest at a high fixed rate during time spent on appeal to correct erroneous trial court actions, even where that appeal is successful and the lower court’s verdict is vacated.