After spending three years on the Judicial Hellholes® list, Minnesota drops down to the Watch List thanks to inactivity caused by COVID-19 shutdowns rather than any reforms or improvements by the courts or legislature. Minnesota still has some of the most plaintiff-friendly medical malpractice laws in the country, a lenient evidentiary standard that allows for admission of junk science, and is facing the effects of a 2020 Minnesota Supreme Court ruling allowing third-party litigation financing. 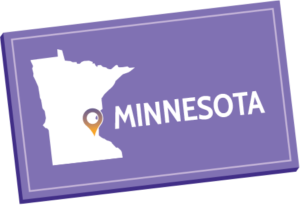 In June 2020, Minnesota Attorney General Keith Ellison announced a lawsuit against several oil companies, including Exxon, Koch Industries Inc., and the American Petroleum Institute, claiming they misled Minnesotans about climate change. The lawsuits were brought under statutes that tackle consumer fraud, deceptive trade practices, and false advertising. Minnesota is one of several local jurisdictions around the country attempting to shift costs related to climate change to energy companies.

Ever since AG Ellison announced the suit, the companies have fought to remove the case to federal court, arguing that climate change is a national and global issue rather than a local one. Energy companies have taken the same approach in similar lawsuits elsewhere, including in Hellholes® Louisiana, New York, and California.

The companies suffered a blow to their removal efforts in March 2021 when a U.S. District Court judge sent the case back to Minnesota state court. But two recent decisions, including one from the U.S. Supreme Court, have strengthened the companies’ chances of getting the case back to a more neutral federal court. The companies have appealed the decision to the U.S. Court of Appeals for the Eighth Circuit, and in August the district judge agreed to pause his remand order until the Circuit’s decision “because the impacts of [the two] decisions have not yet been tested in the Eighth Circuit.” In their appeal, the companies argued that a decision to keep the case in state court would interfere with uniquely important federal policies, including energy policy, environmental protection, and foreign affairs.

Nonetheless, attorneys general from 16 states and the District of Columbia filed amicus briefs less than a week after the judge’s decision to pause the remand order, urging him to keep the case in state court. The AGs, along with local government groups, argued that the alleged state law violations should not be governed by federal environmental statutes and common law just because they deal with a national issue like climate change.

After failing to adopt COVID-19 liability protections in 2020, the Minnesota Legislature again ignored the liability concerns of businesses operating in the state. Despite introduction of two bills in the House, and another in the Senate, none of the three bills made it past the committee stage. S.F. 512 and its House companion, H.F. 571, would have given healthcare providers, facilities, and responders who operated with shortages of staff and equipment during the pandemic with protection from COVID-19 related lawsuits.

H.F. 688 would have provided persons and businesses with immunity from claims alleging that they caused someone’s exposure to COVID-19. These bills would not have precluded liability for intentional, reckless, or grossly negligent conduct.

With these bills never reaching a vote, Minnesota healthcare workers and businesses still face the risk of COVID-19 related liability, even when they follow proper health orders and government guidelines to protect themselves and others. More than two thirds of states have enacted some form of liability protection for frontline workers and businesses.

“Minnesota’s medical malpractice statutes are friendlier to injured patients than the national average,” one medical malpractice lawsuit referral website observes. “Moreover, the state’s courts recognize a broader range of theories under which an injured party can recover damages regarding claims cases emanating from medical malpractice related damages.” One specific statute that is more plaintiff-friendly than most is

Minnesota’s four-year statute of limitations for medical liability cases. A majority of states allow for a case to be filed within a two or three-year period. In addition, while many states place a reasonable limit on dam- ages for pain and suffering in medical liability cases to protect the affordability of health care, Minnesota does not have such a law. Minnesota is also in the minority of states that allow plaintiffs to sue for “loss of chance,” which seek damages for a reduced chance of recovery, even if it is more likely than not that a delay in a diagnosis or change in treatment would not have changed the patient’s outcome.

More than two thirds of states now follow the standard for admission of expert testimony applied in federal courts. That standard, as laid out in the U.S. Supreme Court’s Daubert decision and Federal Rule of Evidence 702, empowers judges to serve as gatekeepers that ensure that the theories offered are reliable and backed by science. Five jurisdictions – Florida, Maryland, Missouri, New Jersey, and the District of Columbia – have transitioned to this approach over the past five years. Yet, in late 2018, the Minnesota Supreme Court rejected its own advisory committee’s recommendation that it amend the state’s rules of evidence to effectively follow this standard. Instead, Minnesota remains an outlier. It is among a half dozen jurisdictions that continue to apply a more lenient approach that can be misused to allow junk science.

In June 2020, the Minnesota Supreme Court unanimously abolished the common law offence of champerty. Champerty prevented a third party from sharing in a lawsuit’s winnings. This ruling opens the doors to third-party litigation funding in Minnesota. It will lead to more lawsuits and leave Minnesota consumers unprotected from lenders’ predatory practices.

Minnesota courts, like those in other states, are also considering whether e-commerce platforms are subject to strict liability for products sold by third parties on their platforms that the online marketplace did not design, make, or own. It remains to be seen whether Minnesota courts adhere to traditional principles of product liability law, as most courts have done, or join the few courts that have subjected online market- places to strict liability.