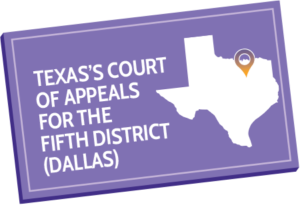 In June 2021, the Court of Appeals for the Fifth District of Texas disregarded the state’s long-standing prohibition on introducing evidence about different products or dissimilar accidents in product liability cases when it upheld a massive verdict in a case centered around a 2016 car accident.

A Texas jury awarded $242.1 million dollars to a couple who blamed an automaker for their children’s injuries after another driver rear-ended their car at 50 miles per hour while stopped in traffic on a highway. The plaintiffs claimed that Toyota was liable for an alleged design defect and failure to warn that the seat back and restraint system could collapse backward in a rear-end collision. The jury found Toyota and its non-manufacturing seller 95% liable, and the driver who crashed into their completely stopped car only 5% liable for the plaintiffs’ injuries. It did so despite the fact the product exceeded federal safety standards, there was no evidence of a safer alternative design, and the court had refused to allow Toyota to present its own expert rebuttal testimony. Additionally, the jury found Toyota failed to warn of the risk of the seats collapsing in an accident even though the plain- tiffs never read the owner’s manual and would not have seen any warning.

Texas traditionally limits the admission of evidence from unrelated accidents; however, the trial court allowed plaintiff to present “other-incident” evidence. But here, the court allowed the plaintiffs to introduce evidence related not only to other incidents, but to entirely different manufacturers and types of injuries, including a “60 Minutes” clip about seatback collapses. The trial court played the clip for the jury and waited until after it was played to instruct the jury that the clip should not be taken as proof of the defect at issue, but only as evidence of knowledge to the public. The Court of Appeals upheld this deviation from the law.

Texas law also expressly affords a meaningful presumption of nonliability for manufacturers that comply with federal safety standards, and the vehicle in this case exceeded safety standards put forth by the National Highway Traffic Safety Administration. In rebutting this presumption, a claimant usually cannot introduce evidence unrelated to the product or incident at issue.

It is exceedingly difficult for a jury to not be prejudiced by such an inflammatory and graphic video. Despite its prejudicial nature, the Court of Appeals upheld the trial court’s decision to admit it as evidence because “the trial court confirmed [the] limited purpose in its instruction to the jury” was to show the industry’s knowledge of the risk of rear-end collisions not to show a defect, even though that instruction did not come until after the clip was played.

In October 2021, the Texas Supreme Court directed the Dallas Court of Appeals to vacate its order compelling the Executive Vice President for People and Communications (EVP) of American Airlines Group, Inc. to be deposed.

The suit involved allegations that a gate agent improperly accessed a passenger’s personal information and used it to harass him through internet and telephone communications. In such cases, high-ranking corporate officials are traditionally protected from compelled testimony under the apex doctrine, unless they have “unique or superior knowledge” of relevant facts.

The trial court denied American’s motion to quash the subpoena and ordered the plaintiff to serve a new deposition notice that included the particular matters on which the EVP would be deposed.

Due to unexplained delays by both the trial court and the plaintiff, American was unable to timely file its writ of mandamus in the Dallas Court of Appeals. The Court of Appeals ignored American’s reasoning for its delay and denied the petition, never reaching the merits of the case.

In its order, the Supreme Court of Texas said that the Dallas Court of Appeals was incorrect in holding that American’s delay was “unexplainable” and “unreasonable.” The Court criticized the intermediate court for not better examining the record and reaching a rushed decision.

The Court also ruled that the EVP is protected from being deposed. As required by the apex doc- trine, the plaintiff failed to show that the EVP had any “unique or superior personal knowledge” of discoverable information that could not be obtained through lower-level employees. The plaintiff also did not pursue “less intrusive means of discovery.” “Unnecessarily requiring apex officials to prepare for and attend depositions takes them away from their duties and hurts the organizations they serve — and, ultimately, the public,” the Court said.

“Unnecessarily requiring apex officials to prepare for and attend depositions takes them away from their duties and hurts the organizations they serve — and, ultimately, the public.”

A sitting justice has brought to light some troublesome procedural irregularities within the Court of Appeals for the Fifth District of Texas.

Justice David Schenk says some of his colleagues have manipulated court rules to change decisions with which they disagree. In two such instances, members of the court unnecessarily delayed the release of opinions with the hopes of changing the final outcome. The efforts were unsuccessful both times; however, this did not alleviate Justice Schenk’s concerns.

The violation of the court’s rules of procedure “deprives the litigants of their right to a decision and judgement in accordent with them, and hence, literally due process… Such efforts to obstruct the precendential effect of a panel decision, regardless of whether the Court as a whole would even agree to convene en banc, much less agree to a new result, may also be seen as an attempt to benefit a subsequent litigant,” Schenk said. It “creates more ominous prospects of potentially manipulating the result at the panel despite lack of support from a majority of the court.”

The violation of the court’s rules of procedure “deprives the litigants of their right to a decision and judgment in accordent with them, and hence, literally due process.”