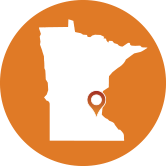 The “Gopher State” once again finds itself on the Judicial Hellholes list thanks to liability expanding deci- sions by the Minnesota Supreme Court, the courts’ loose application of jurisdiction laws, and Minnesota’s activist attorney general.

Minneapolis, Minnesota continues to be the most expensive city for primary care visits in the country. While this can be attributed to a variety of factors, the state’s civil justice system plays a large role. According to the Medical Malpractice Center, “Minnesota’s medical malpractice statutes are friendlier to injured patients than the national average. Moreover, the state’s courts recognize a broader range of theories under which an injured party can recover damages regarding claims cases emanating from medical malpractice-related damages.” One specific statute that is more plaintiff friendly than most is Minnesota’s four-year statute of limitations for medical liability cases. A majority of states allow for a case to be filed within two years. Further, while many states place a reason- able limit on damages for pain and suffering in medical liability cases to protect the affordability of healthcare, Minnesota does not have such a law.

While 2020 did not bring about any newsworthy medical liability ver- dicts – in large part due to the COVID-19 shutdowns, the state is still coming to terms with last year’s Minnesota Supreme Court decision that drastically increases liability for doctors practicing in the state. In Warren v. Dinter, the Supreme Court found that a doctor can face a medical liability suit even when no traditional physician-patient relationship exists. The Minnesota  Medical  Association  fears  that  “this  expansion   of liability has the potential to curtail physician collaboration and informal consultation, and will ultimately result in harming patients.” This decision places the state outside the mainstream, with a majority of states requiring a patient-physician relationship.

In June 2020, the Minnesota Supreme Court unanimously abolished the common law offence of champerty. Champerty prevented a third party from sharing in a lawsuit’s winnings. This ruling opens the doors to third- party litigation funding in Minnesota. It will lead to more lawsuits and leave Minnesota consumers unprotected from lenders’ predatory practices. For example, that case, Maslowski v. Prospect Funding Partners LLC, arose after a woman injured in a car accident was offered an advance on her winnings by a financial services firm and she failed to repay her advance plus the 30 percent interest rate and applicable fees.

The U.S. Supreme Court is currently examining a Minnesota Supreme Court decision that allowed a trial court to exercise jurisdiction over a business located in another state that had no connection to the plaintiff or product involved in the lawsuit. The Court agreed to hear the case in early 2020, and a decision is expected in 2021. This decision places Minnesota outside the mainstream and is contrary to U.S. Supreme Court precedent.

In Bandemer v. Ford Motor Corp., a Minnesota resident injured in a car accident sued Ford Motor Company, alleging the vehicle’s airbag did not properly deploy. The U.S. Supreme Court has instructed, how- ever,  that due process permits a state court to consider a lawsuit against an out-of-state business only when   the lawsuit relates to the business’s conduct in that state. There must be an “affiliation between the forum     and the underlying controversy, principally, [an] activity or an occurrence that takes place in the forum State,” the high court said. Ford asked the court to dismiss the lawsuit because the car involved in the accident was   not designed, manufactured, or originally sold in Minnesota. Despite this lack of connection to the state, the

Minnesota Supreme Court upheld the trial court’s finding that it could exercise jurisdiction because Ford had “target[ed] Minnesota for sales of passenger vehicles, including the type of vehicle at issue.” The Court held that due process requirements are met as long as a defendant can “relate to” a claim. As the dissent observed, however, all of Ford’s conduct alleged by the plaintiff – i.e., negligently designing and warning about the car and placing it into commerce – took place outside Minnesota.

ATRA urges the U.S. Supreme Court to consider fairness to the defendant by protecting against unpredict- able assertions of state authority. There is no substantial connection between Minnesota and the injury, and the state does not have a legitimate interest in this litigation. Allowing Minnesota to have jurisdiction over this case infringes on the sovereignty of other states that are more closely connected to the accident.

REJECTION OF A GATEKEEPING ROLE

More than two thirds of states now follow the standard for admission of expert testimony applied in federal courts. That standard, known as Daubert, empowers judges to serve as gatekeepers that ensure that the theories offered a reliable and backed by sound science. Five jurisdictions– Florida, Maryland, Missouri, New Jersey, and the District of Columbia –- have transitioned to this approach over the past four years. Yet, in late 2018, the

Minnesota Supreme Court rejected its own advisory committee’s recommendation that it amend the state’s rules of evidence to effectively follow the Daubert standard. Instead, Minnesota remains an outlier. It is among a half dozen jurisdictions that continue to apply a more lenient approach that can be misused to allow junk science.

“Minnesota’s medical malpractice statutes are friendlier to injured patients than the national average.”

Activist state attorneys general, like Keith Ellison, are seizing the opportunity to use current “hot-button” issues to propel their careers and generate campaign dollars for future political aspirations. Litigation does little to address societal ills and is not the proper solution. It may fill government budgetary gaps and line the pockets of trial lawyers, but it fails to effectively address policy concerns or provide relief to those in need.

Climate change is a vital issue for all Americans that should be addressed by our elected officials and duly appointed expert regulators. It is their responsibility to develop and execute appropriate public policy that serves the public interest. Courts are appropriate for settling legal disputes, not setting environmental policy that has a profound impact on countless aspects of our daily lives and the continuing prospects for a strong and vibrant economy.

The complaint, which was filed in the Ramsey County District Court in St. Paul, seeks to require the energy companies to use “wrongfully-obtained profits” to pay for the effects of climate change. The lawsuit requests that companies disgorge profits to “fund a corrective public education campaign in Minnesota relating to the issue of climate change, administered and controlled by an independent third party,” and that defendants “disclose, disseminate, and publish all research previously conducted directly or indirectly . . . that relates to the issue of climate change.” The complaint was signed by Leigh Currie and Peter Surdo, who are not regular members of the attorney general’s staff, as “Special Assistant Attorneys General.” They are reportedly paid, not by the taxpayers as accountable public employees, but through the New York University School of Law by Bloomberg Philanthropies, which placed them in AG Ellison’s office at his request.

The State Energy & Environmental Impact Center at New York University School of Law (the Center) pioneered the new practice of embedding staffers to advance litigation. The Center was established and initially funded in 2017 with a $6 million grant from Bloomberg Philanthropies. Its mission is to “support state attorneys general in defending and promoting clean energy, climate and environmental laws and policies,” including through “direct legal assistance to interested attorneys general on specific administrative, judicial or legislative matters…” As the Center touts, it is “[w]orking with interested attorneys general to identify and hire NYU Law Fellows who serve as special assistant attorneys general in state attorney general offices, focusing on clean energy, climate and environmental matters.” In other words, the fellowship program is designed to wage war on energy companies by placing lawyers funded by the Center in the offices of friendly attorneys general across the country, empowering them to bring climate change litigation with the powers and authority of the state.

The Center has fellows embedded within the offices of attorneys general in at least ten jurisdictions in 2020, including Minnesota. The Center, through NYU, fully funds these legal positions, meaning attorneys general use outside dollars for this work. The effort is aided by the Center’s communications arm, which aims to promote and defend the legal strategy of supportive state attorneys general in the media.

The Center’s fellows are far from student interns or junior lawyers. To be considered for the program, an applicant must have between five and ten years of experience with climate change, clean energy, and environmental issues, as well as litigation and/or regulatory experience. If accepted, a lawyer must make a minimum two-year commitment to the state attorney general office in which he or she is placed.

In July 2020, the non-profit organization Government Accountability & Oversight (GAO), not to be confused with the U.S. Government Accountability Office, filed a lawsuit requesting access to records detailing the attorney general’s use of outside attorneys, who were charged with bringing the state’s litigation against energy companies. GAO’s lawyer, Chris Horner, pointed out that these types of arrangements violate the obligations of attorneys general to taxpayers, and restrictions on release of public information about the lawsuit undermines open records laws.