New Jersey reappears on the Judicial Hellholes® report’s Watch List in 2022 due to a variety of factors that could lead to a “perfect storm” of litigation abuse across the state. The state’s civil justice system faces a triple threat – the plaintiffs’ bar now wields unprecedented power and influence in New Jersey’s Legislature because the new Senate President is a practicing plaintiffs’ attorney. New Jersey’s recently reelected governor is a progressive stalwart who has shown no interest in civil justice reform priorities and the new makeup of the New Jersey Supreme Court may result in a shift toward activism and expansion of liability.

ATRA will keep a watchful eye on New Jersey to see if the state’s leadership can resist the influence of the powerful plaintiffs’ bar or if it will embrace a liability-expanding agenda and become a full-blown Judicial Hellhole®. 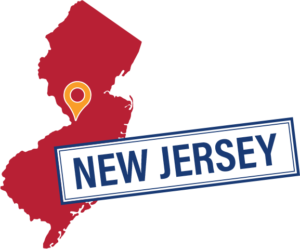 In November 2021, New Jersey held statewide elections for its legislators and governorship. As a result of surprising outcomes in those elections, State Senator Nicholas Scutari is New Jersey’s new Senate President. Senator Scutari replaced outgoing Senate President Steve Sweeney, a moderate Democrat who served as a balancing force for over a decade when it came to pushing back against the trial bar’s liability- expanding agenda.

Senate President Scutari is a practicing plaintiffs’ personal injury attorney who previously chaired the Senate Judiciary Committee. Prior to his ascension, Senator Scutari’s legislative agenda was unabashedly pro-plaintiff, and he was resistant to compromise on civil justice reform initiatives. To make things worse, Senator Jon Bramnick, an influential Republican, is also a plaintiffs’ attorney whose priorities often align with those of the plaintiffs’ bar. Against this backdrop, the plaintiffs’ bar now wields outsized power in New Jersey’s Legislature.

Shortly after the November 2021 election, incoming Senate President Scutari immediately began to leverage his leadership position to push his pro-plaintiff agenda – before even formally assuming the role. During the lame duck session, he aggressively pushed legislation entitled the “New Jersey Insurance Fair Conduct Act.” The sponsors of the bill, Senator Scutari and then Assemblyman Bramnick, erroneously claimed that insurance policyholders had no recourse against their auto insurers when they delay payment or make disagreeable settlement offers on uninsured and underinsured motorist (“UM/UIM”) claims. To remedy this supposed problem, the legislation allowed policyholders to bring private civil actions against their auto insurers for any “unreasonable delay or unreasonable denial of a claim for payment of [UM/UIM] benefits under an insurance policy” or any violation of statutorily prohibited insurance trade practices.

The bill did not define an “unreasonable” delay or denial, creating legal uncertainty that will yield years of litigation. It allowed successful claimants to recover “actual verdicts that shall not exceed three times the applicable coverage amount,” as well as pre- and post-judgment interest, reasonable attorney’s fees, and all reasonable litigation expenses.

The proposed legislation was contrary to the traditional understanding of bad faith, which addresses conduct beyond simple negligence or breach of contract. Despite these concerns and at the urging of Senator Scutari, New Jersey Governor Phil Murphy signed the bill into law on January 18, 2022. There is concern that this new law will lead to a significant increase in meritless claims against carriers, which bur- dens the insurance industry in New Jersey and makes it harder to do business in the state.

The net effect of enacting this package of legislation would have been a surge in auto accident litigation and related windfalls for the plaintiffs’ bar and a corresponding increase in insurance costs for New Jersey motorists. Fortunately, only two out of a dozen bills in Senate President Scutari’s package of legislation made it to Governor Murphy’s desk and were signed into law.

Despite enactment of only two of the bills in 2022, Senator Scutari’s agenda remains cause for concern. He is expected to pursue similar pro-plaintiff legislation that will increase the pot of money that the plaintiffs’ bar can access in personal injury litigation, which increases incentives to pursue such cases.

NEW JERSEY’S GOVERNOR HAS NO INTEREST IN CIVIL JUSTICE REFORM

In November 2021, Governor Murphy, an ambitious progressive, was elected to another four-year term. While Governor Murphy is sympathetic to social justice issues, he has shown no interest in civil justice reform.

One of the most concerning developments is the Murphy Administration’s desire to transform the tradition- ally narrow tort of public nuisance into a state revenue-generating regulatory juggernaut. Governor Murphy’s Attorney General and Department of Environmental Protection have actively pursued passage of a bill that seeks to transform public nuisance law in the context of lead paint. The bill, Senate bill 1005, constitutes a radical swing in legal theory away from the rule of law and toward unrestrained confiscation by the State.

Since the early 1970s, New Jersey has established a comprehensive legislative and regulatory regime to combat the hazards of lead paint. Certain New Jersey municipalities with deteriorating housing stock, however, lack sufficient resources to address lead paint hazards. As a result, in the early 2000s, a group of local governments represented by private plaintiffs’ lawyers sued a group of paint manufacturers for money damages under a theory of public nuisance. In 2007, in In re Lead Paint Litigation, the New Jersey Supreme Court rejected the municipal plaintiffs’ use of the tort of public nuisance as a vehicle for a massive payday. The Court concluded that the municipal plaintiffs failed to meet all the elements of the tort, which did not apply to the distribution of everyday household products that were legal when sold and premises that property owners, not paint manufacturers, had the ability to address. The Court also rejected the invitation to “create an ill-defined claim that would essentially take the place of [the government’s] own enforcement, abatement, and public health funding scheme.”

Now, S1005 would undo the state supreme court’s ruling. If passed, the proposed legislation will defy the traditional understanding of public nuisance law by removing all the elements as applied to the State. The State could simply identify the presence of lead paint anywhere in the state and demand payment from manufacturers, even though manufacturers stopped making lead paint decades ago. This would present significant constitutional issues and is fundamentally unfair. It also sets a dangerous precedent for applying this faux public nuisance doctrine to other products, such as pharmaceuticals, fossil fuels, and automobiles. The bill is under consideration by the Senate Budget and Appropriations Committee.

In October, New Jersey Attorney General Matthew Platkin joined other Judicial Hellholes in filing a climate change lawsuit against several oil and gas companies. In yet another attempt to inappropriately expand New Jersey’s public nuisance law, the State alleges that the companies created a public nuisance and deceived the public about the harmful impact of fossil fuels on climate change. It comes as no surprise, the State hired Sher Edling, the national plaintiffs’ firm leading the charge on climate change litigation across the country, to handle the lawsuit.

Climate change is a global problem that requires a comprehensive policy solution. Major public crises demand a major response by government leaders, but the continued wave of contingency-fee litigation brought by state and local governments is the wrong approach. It won’t do much to help victims or solve the crisis, and instead creates lasting problems for the civil justice system.

THE SHIFTING POLITICAL MAKEUP OF THE NEW JERSEY SUPREME COURT

By the end of his second term, Governor Murphy will have appointed five of seven justices on the New Jersey Supreme Court. During Governor Murphy’s first term, Justice Walter Timpone, a Democrat, retired, and was replaced with Justice Fabiana Pierre-Louis, a Democrat. Justice Jaynee LaVecchia, an

Independent, retired next, in December 2021. Then in February 2022, only months into Governor Murphy’s second term, Justice Faustino Fernandez-Vina, a Republican, retired. In July 2022, Justice Barry Albin, a progressive Democrat, retired. Justice Lee Solomon, a Republican, will also retire during Murphy’s second term at his mandatory retirement date of August 17, 2024. These mass retirements give Governor Murphy an almost unheard-of opportunity to shape the future of the court.

The result of Murphy’s judicial appointments will most likely be a left-leaning New Jersey Supreme Court with a propensity to expand liability that will last for a generation due to the young ages of Governor Murphy’s appointees. The Court was more restrained in the past, even earning a Point of Light reference in 2021, so this could mark a significant change in the New Jersey civil justice environment.

A recent workplace asbestos-exposure case, Fowler v. Akzo Nobel Chems., Inc., could serve as a pre- view of the high court’s future pro-plaintiff position. The central issue in the case was the adequacy of the warnings on a product’s packaging and whether other manufacturer-provided educational materials should be considered when evaluating whether a manufacturer fulfilled its duty to warn.

The Court held that an asbestos manufacturer or supplier that places insufficient warnings on asbestos bags used in the workplace has breached its duty to warn the worker, regardless of whether it also provided the employer with supplemental information intended to reach the employees. From a practical perspective, this means that the totality of a manufacturer or supplier’s efforts to communicate risk and safety information, such as flyers for an employer to hang in the workplace, are insufficient. A manufacturer may be liable for the limited information printed on a bag, even when it is unlikely that a worker will see an industrial product’s packaging and safety training by the employer is more important. This ruling will clearly lead to an increase in lawsuits despite legitimate, substantive efforts by manufacturers and employers to mitigate risks associated with products used in the workplace.