If during the last Bush administration, for example, the Environmental Protection Agency had proposed a new rule with only consulting the oil industry before doing so, the mainstream media would have railed against the process for weeks or months on end.  Yet with the exception of scant attention paid by limited-circulation trade press, the media have uttered not a peep about the Food and Drug Administration meeting only with personal injury lawyers before proposing a new rule that will inevitably lead to higher generic drug prices. 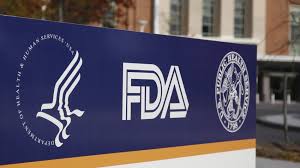 Without talking to physicians, pharmacists, brand name (innovator) drugmakers or generic drugmakers, FDA last November quietly proposed a new rule that will effectively subject generics to the same failure-to-warn labeling liability in state lawsuits that brand names have been subjected to since at least 1984.  (The 2011 Supreme Court decision in Pliva v. Mensing preempted such claims since generic drug companies cannot change safety labels without the FDA’s express say-so.)  And at an April 1 House Energy & Commerce subcommittee hearing, Janet Woodcock, director of the FDA’s Center for Drug Evaluation and Research (CDER) admitted under questioning that the only “stakeholder” FDA met with before proposing the new rule was the personal injury bar.
Here’s a video link to the hearing.  In addition to Chairman Joe Pitts’ (R-PA) opening remarks right out of the box (00:08) and his first questions to Dr. Woodcock at the 19:50 mark, Rep. John Shimkus’s (R-IL) Q&A with her from about the 51:30 mark is perhaps most instructive.
That an administration which claims to be working to lower the cost of health care would even consider a rule that will lead to higher prices for generic drugs is a story. That it would do so upon meeting only with the health and medical safety experts also known as personal injury lawyers (and loyal campaign donors to the president’s party) is a story of potential political corruption and hypocrisy that demands broad investigation and coverage. Yet the only media coverage to date that ATRA is aware of are two inside-baseball trade press stories.
An April 1 story in BNA, “FDA Official Defends Proposed Rule Allowing Label Changes for Generic Drugs,” reported that former trial bar ally Ralph Neas, now president of the Generic Pharmaceutical Association, said in written testimony that the proposed rule would “put both patient safety and health care savings at risk.”

Neas said a recent analysis by the economic consulting firm Matrix Global Advisors found that the proposed rule would add $4 billion annually to the nation’s health-care costs.
“The proposed rule would expose generic drug manufacturers to substantial new tort liability costs, which in turn would require them to adjust prices to stay in business, withdraw products, or decline to launch new affordable versions of brand medicines,” Neas said.
-BNA, April 1

An April 4 FDA Week story, “Woodcock Distances CDER, Generic Label Rule from Trial Lawyer Meeting,” reported that the “FDA’s top drug official said the drug center did not participate in a 2013 agency meeting with trial lawyers on generic drug labeling and downplayed the meeting’s role in the agency’s crafting” of the proposed rule, but that the process has nonetheless drawn “the ire of House Energy and Commerce Committee Republicans and appropriators.”