Prior versions of this report have noted the generally positive reputation enjoyed by Virginia for its civil litigation climate. Those same reports have outlined why the same can hardly be said for asbestos cases 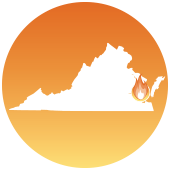 in Circuit Court for the City of Newport News, Virginia, in which legal and evidentiary rulings tilt strongly in favor of plaintiffs. The record in George Parker v. John Crane Inc., tried in Newport News in 2016, offers a case study in the difficulties faced by defendants there, and why it is that plaintiffs’ 85% win-rate is the highest of any jurisdiction hearing asbestos claims in the United States. The deck plainly lists against any company brave enough to defend itself at trial in this waterside, shipbuilding town.

Early asbestos litigation focused on companies that made amphibole asbestos, most notably used in insulation products, that is particularly dangerous when inhaled. Most of those companies went bankrupt as a result of the litigation. Now, target companies that make a different, less hazardous form of asbestos, chrysotile, which is used in gaskets and boilers aboard ships, among other products, such as auto brake pads.

The manufacturers of these products typically did not keep a trove of documents from a half century ago that would allow it to refute a plaintiff’s assertion that its product was present at a particular jobsite. They also have practical challenges in finding co-workers from decades ago that can show a plaintiff did or did not work with a given product. So defendants must rely on third-party (often government) documents, as well as expert testimony, to call into question whether their product was present at the worksite or at least show that alternative and more potent sources of exposure were there.

Frequently a well-qualified Navy expert provides such evidence, including official Navy ship drawings, specifications and other government documents demonstrating the vast amount of asbestos-containing insulation throughout the vessel. But in Newport News, the court has unrealistically and unfairly required defendants to show direct proof that other asbestos-containing products were used in the plaintiff’s workspace at the precise time the plaintiff worked in that compartment—proof that, decades later, simply does not exist. Such challenges are exemplified by the rulings in the Parker case.

Parker involved a claim by a former shipyard worker against a gasket and packing company, alleging that exposure to its products caused his mesothelioma. As noted, these are chrysotile-containing products. As is frequently the case in other jurisdictions when a plaintiff sues a supplier of chrysotile-containing products, the defendant sought to prove that the plaintiff’s exposure to amphibole products caused his disease, not the gasket and packing products supplied by the defendant. Evidence from the plaintiff’s lungs was consistent with exposure to amphibole fibers found in asbestos insulation.

The defendant sought to introduce evidence of the brand names of amphibole insulation products to which the plaintiff clearly would have been exposed over his many years of working on ships at the shipyard. It had expert testimony and documentary evidence regarding the brands of insulation installed during the construction of ships on which the plaintiff performed maintenance work. In some instances, that work was performed only a few years after a ship’s initial construction was complete, making it highly unlikely that asbestos-containing materials had worn sufficiently to pose a hazard.

Such evidence had been used by the same plaintiffs’ lawyer just a few years earlier in the same court in a case against Exxon (see transcript at pp. 81-83). Because the claimant in the earlier case sued Exxon due to pipe insulation and other materials found aboard its ships, he put into evidence work-ticket orders reflecting the insulation products installed onboard. According to the plaintiff, these documents provided circumstantial evidence of what was onboard the ships when he worked on them.

Though the same judge who heard the Exxon case also presided over the Parker trial, he would not allow the defendant to use similar evidence for similar purposes as he’d allowed the plaintiff in the Exxon lawsuit. Instead, Newport News Circuit Court Judge Timothy S. Fisher significantly curtailed the testimony that the defendant’s Navy expert was allowed to offer, thereby depriving the jury of a full picture regarding the scope of the plaintiff’s exposure to amphibole insulation products.

The defendant at trial in Parker was not the only company sued for allegedly causing the plaintiff’s mesothelioma. In fact, he claimed that nearly two dozen additional companies contributed to causing his mesothelioma. Many of these companies settled out of court, choosing not to face the hurdles that bias trials against asbestos defendants in Newport News.

Mesothelioma cases that go to trial in Newport News are not governed by Virginia’s more mainstream substantive law. Instead, those cases are controlled by maritime law. Under maritime law, a defendant in a mesothelioma case can be held liable if its products are a “substantial contributing factor” in causing a plaintiff’s disease. While that may sound like a high standard, as explained below, it is not. There can be more than one substantial contributing factor. For that reason, a defendant that goes to trial can ask the jury to apportion fault among all of the defendants that may have contributed to causing the injury, including those that have settled. This has the effect of fairly limiting the trial defendant’s responsibility to that percentage of fault assigned to it by the jury.

For this reason, the defendant in Parker established at trial that the plaintiff and his coworkers frequently worked with many asbestos-containing products.  Yet when the defendant sought to add all of the settling defendants that made these products to the verdict form, Judge Fisher initially denied the request, effectively ignoring both the plaintiffs’ testimony and precluding the company’s defense that it was only one of many contributors of asbestos products to the plaintiff’s past work environment.

Only after negotiations between the attorneys did Judge Fisher allow one additional company, with a name very similar to that of the defendant, to appear on the verdict form.  So it’s not surprising that the jury returned a verdict with 100% liability against the trial defendant. And it certainly isn’t hard to believe that if many more and varying names had appeared on the form, the jurors likely would have seen things differently.