Jurisdictions in New York were named Judicial Hellholes® a total of 11 years, plus one year on the report’s Watch List. Recurring issues over the past 20 years include New York City’s asbestos litigation, lawsuits that abuse the Americans with Disabilities Act, the state’s unique scaffold law, consumer- and food-related lawsuits that don’t actually claim any injury occurred and the legislature’s continued attempts to expand liability. 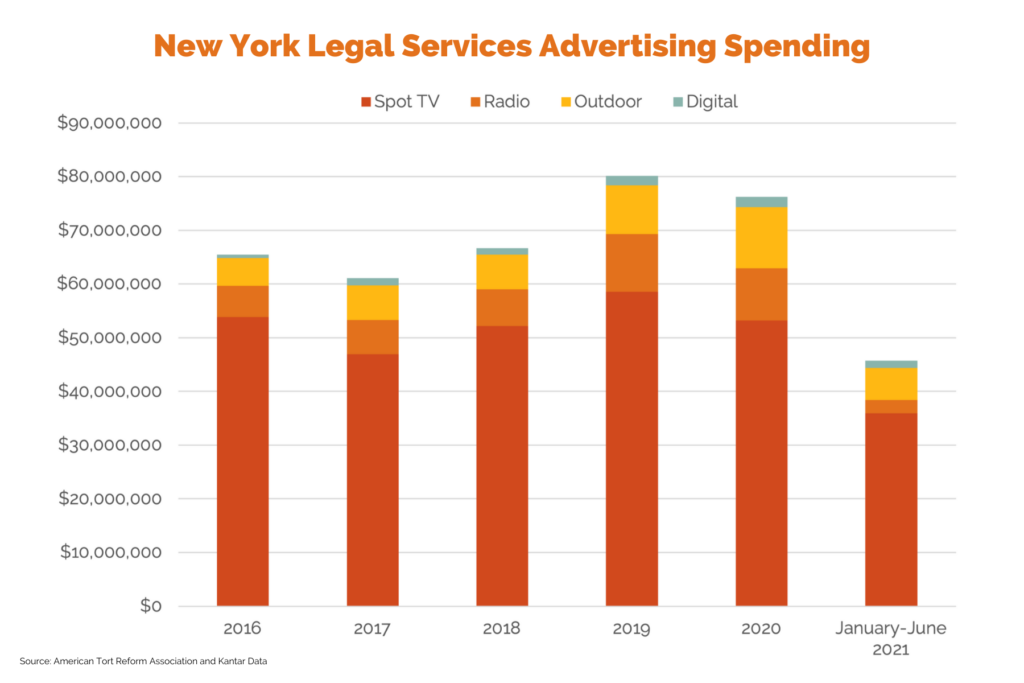 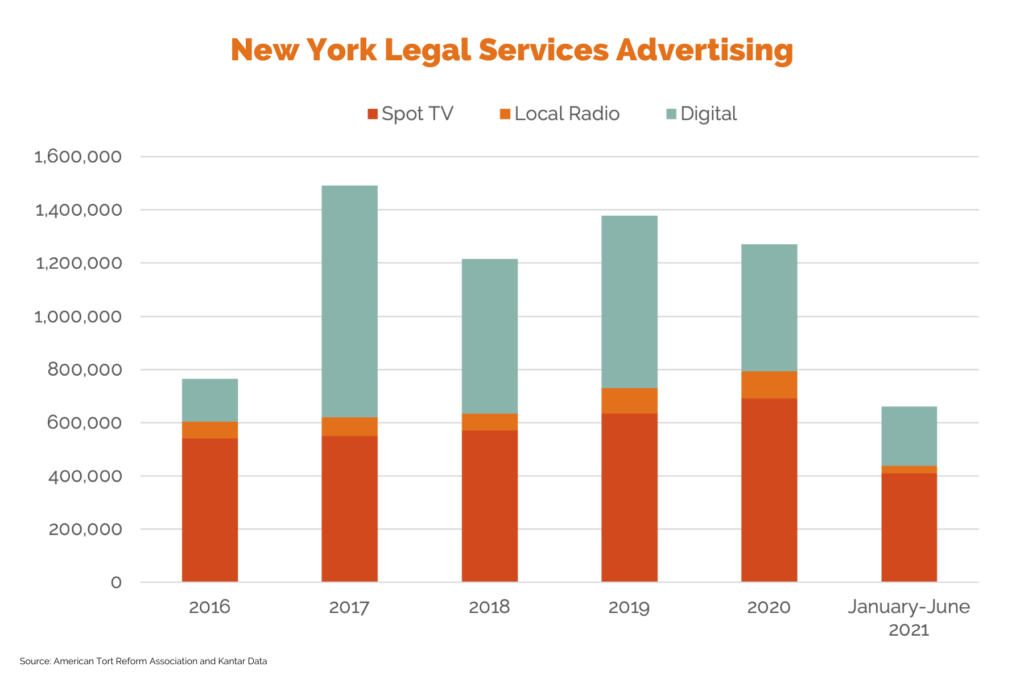 We know through research that frivolous tort cases or those that result in excessive damages and rewards can have negative consequences on the economy. These excessive tort costs are destructive to American businesses and harmful to consumers, wiping out billions of dollars of economic activity on an annual basis. A 2021 study by John Dunham & Associates found that if New York enacted certain tort reforms, the resulting savings to residents and businesses of the state would be more than $28 billion. This means that residents are in effect paying a “tort tax” of $1,450 per person. According to this study, the savings from reforming New York’s tort system could support an additional 244,556 jobs and $53.03 billion in increased economic activity.

New York City continues to be a preferred jurisdiction for asbestos litigation. 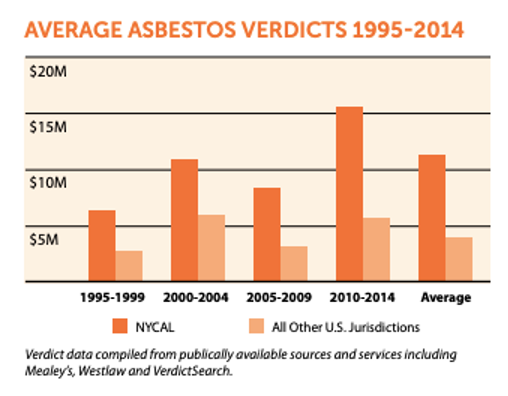 The state’s political establishment in Albany was shaken to its core in 2015 with the conviction on federal corruption charges of former Assembly Speaker Sheldon Silver. In addition to killing every reasonably crafted tort reform bill in the legislature for more than 20 years, Silver moonlighted for the asbestos lawsuit specialists at Weitz & Luxenberg. The charges against Silver partly related to millions of dollars in referral fees he earned for the firm by using public money to steer asbestos cases to it.

1987-2008: Before her appointment to the Appellate Division in 2008, Justice Helen E. Freedom managed all down-state asbestos cases since 1987 and was designated the Presiding Judge of the Litigation Coordinating Panel for Multi-District Litigation in New York State. Overall, lawyers on both sides felt that Justice Freedman was fair, impartial, and efficient in deciding cases before her.

2008: As a result of Justice Freedman’s promotion, all asbestos cases were transferred to Justice Sherry Klein Heitler.

1996-2014: The NYCAL court deferred punitive damage claims. The former manager of the docket, Justice Helen Freedman, explained that deferring punitive claims is fair because: “1st, to charge companies with punitive damages for wrongs committed 20-30 years before, served no corrective purpose. In many cases, the wrong was committed by a predecessor company, not even the company now charged. 2nd, punitive damages, infrequently paid as they are, only deplete resources that are better used to compensate injured parties. 3rd, since some states do not permit punitive damages, & the federal MDL court precluded them, disparate treatment among plaintiffs would result. Finally, no company should be punished repeatedly for the same wrong.”

2016: A ruling by Justice Moulton in early 2016 opens the door to asbestos defendants getting sued a second time by the same plaintiff, even after entering a settlement that fully releases them from liability. South v. Chevron Corp.

2018: In its November 2018 Juni opinion, the New York Court of Appeals rejects the “cumulative exposure” theory embraced by NYCAL.

New York City is known for its impressive skyline. The city also is known for eye-popping real estate prices and an overall high cost of doing business. According to Crain’s, the state’s Scaffold Law significantly contributes to these astronomical costs.

Under this law, courts hold contractors and property owners liable for workers’ “gravity-related injuries,” whether that injury occurred due to a fall from a stepstool or New York’s tallest tower. New York courts have found that liability under this law is “absolute,” meaning that businesses must pay up regardless of whether the fall occurred due to the workers’ carelessness or reckless conduct.

An objective analysis of the impact of absolute liability for gravity-related injuries has revealed that having this law in place actually increases the number of falls that result in injury or death by a rate of 5.5 per thousand. This is because under the current law, no amount of safety equipment, training, or workplace controls reduce the liability to which builders are subjected. It is a proven disincentive to invest in construction site safety.

The absolute liability standard imposed by the Scaffold Law has led to a massive exodus of underwriting companies from the state, leading to higher premiums and an overall high cost of doing business. A 2013 study estimated that money wasted on the Scaffold Law could be spent to create 12,000 new jobs, boosting the state’s economy by over $150 million.

2014 – Study by the University at Albany and Cornell University found the law doesn’t keep sites safe and instead costs the public approximately $800 million a year in legal costs and attorney fees.

2020 – In February 2020, the New York Court of Appeals stacked the deck further against defendants. The Court abandoned its “choice” standard, meaning if the employee simply chooses not to use safety measures, then the employer is not liable. In its place, it outlined four criteria that must be met in order to grant a defendant’s motion for summary judgment. The criteria are as follows, “when plaintiffs: (1) had adequate safety devices available, (2) knew both that the safety devices were available and that [they were] expected to use them, (3) chose for no good reason not to do so, and (4) would not have been injured had they not made that choice.

Year after year, frivolous consumer class actions targeting the food and beverage industries plague the state’s civil justice system. These lawsuits often do not claim any actual injury, but claim that some aspect of a product’s packaging or marketing misleads consumers – even though it likely made no difference in purchasing decisions.

“Slack fill” litigation is prevalent in New York, with plaintiffs filing consumer lawsuits alleging that boxes or containers of food mislead consumers because there appears to be space inside that could fit more of the product. The state also is home to numerous lawsuits challenging the “natural” description of products due to certain ingredients or manufacturing processes.

Plaintiffs’ lawyers are the only ones that stand to gain from these lawsuits. Companies privately settle most of these claims to avoid the expense of litigation, in which case, consumers get nothing. When a class settlement is reached, which is rare, consumers typically get pennies to the dollar only to see an increase in the overall cost of goods.

In 2019, New York overtook California as the premier jurisdiction for food and beverage lawsuits. 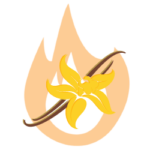 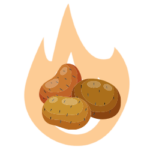 Potatoh Potatah – New York federal judge Katherine Polk Failla allowed a suit to proceed over whether a product qualifies as “potato skin snacks” when it is made from potato starch and potato flakes. The plaintiff is represented by Lee Litigation Group, “a prolific class action firm in NYC.” 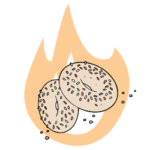 Dyed Blueberry Lumps Bagel – A complaint filed in federal court in the Southern District of New York in late 2019 takes issue with whether reasonable consumers expect a Panera blueberry bagel purchased in Manhattan to have real blueberries, rather than what the complaint describes as “dyed lumps.” 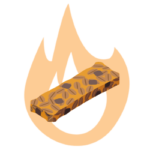 UnKIND Bars – A 2018 suit filed against KIND alleges that the company misled consumers into believing its energy and snack bars contained whole, unsullied fruit, when it was processed, simply because the packages contain images of whole fruit, which are listed as ingredients. 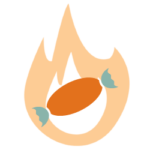 Werth the Extra Room – In 2018, Werther’s Originals settled a class action filed in the Southern District that claimed bags of its Sugar Free Caramels could fit more candy. No one will know how much the plaintiff and his law firm will get as a result of the confidential settlement. 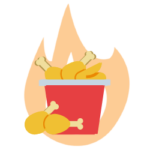 Where’s the Chicken? – One plaintiff learned the hard way that she was not entitled to $20 million when her 8-piece bucket of KFC did not have chicken filled over the rim, as it appeared in an advertisement.

These types of lawsuits typically are brought by a small group of attorneys and serial litigants who visit restaurants, grocery stores, and other businesses to look for violations of any of numerous accessibility regulations. The attorney then sends a letter to the business identifying the alleged violation, such as a bathroom mirror that is too high or a parking lot at a slight slope, and demanding that the business pay thousands of dollars to settle the case or face a lawsuit.

New York wins first prize for lawsuits attacking businesses over their websites. These lawsuits claim that a business’s website is not sufficiently accessible to individuals with disabilities because they lack technologies like screen readers. In 2020, New York’s federal courts hosted 1,694 of these claims, which is more than all of the other top states combined.

New York is experiencing a surge of “nuclear verdicts” in cases ranging from premise liability to medical malpractice. These are awards that usually include an amount for pain and suffering that dwarfs prior verdicts and, at levels in the tens of millions of dollars, hardly serve a compensatory purpose. Rather, they result from improper tactics that inflame jurors and mislead them to believe that amounts at these levels are ordinary and acceptable in litigation.

“The average New Yorker feels the pain too. Nuclear verdicts (and routinely excessive verdicts) drive insurers from the market and increase premiums. The twin pressures of decreasing competition and increased insurance costs are ultimately passed through to the consumer. This is the same consumer and taxpayer who was leaving New York at a higher rate than any of the 50 states even before COVID-19.” – New York Law Journal

Lawyers know this is a Judicial Hellhole – local trial lawyer ads increased more than 65% between 2016 and 2020. The costs of excessive litigation results in an annual tort tax of $1,450 paid by each New York resident – but the problem continues to worsen.

In November 2018, the New York Court of Appeals dealt New York City Asbestos Litigation (NYCAL) a strong dose of reality. In its highly anticipated Juni opinion, the Court rejected the “cumulative exposure” theory embraced by NYCAL and said it “is irreconcilable with the well-recognized scientific requirement that causation be established based on consideration of the amount, duration and frequency of the plaintiff’s exposure.” It overturned an $11 million NYCAL verdict, finding that proof that a substance can cause harm is not enough to show that it actually did.

Where will New York City fall this year?

Be the first to find out if New York City will continue to top the Judicial Hellholes® rankings when our 2021-2022 report comes out in December.