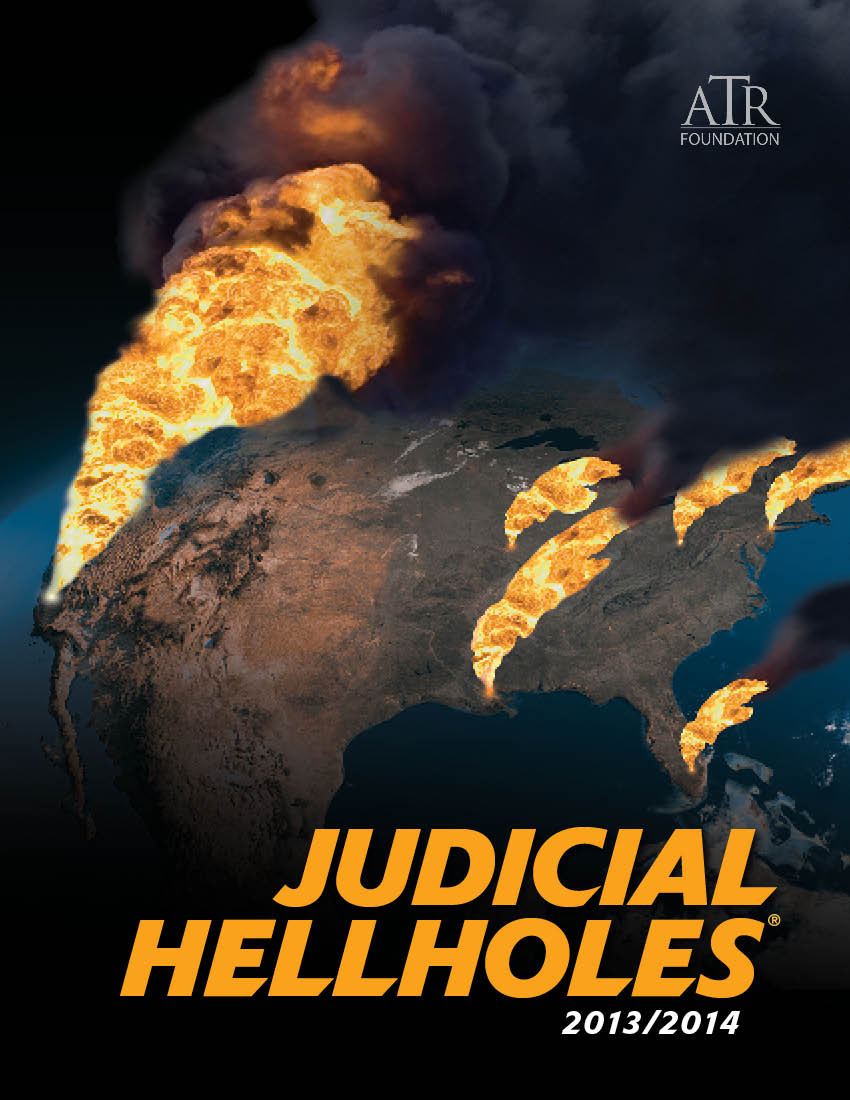 “With both this annual report and a year-round website, our Judicial Hellholes program since 2002 has been documenting developments in jurisdictions where civil court judges systematically apply laws and court procedures in an unfair and unbalanced manner, generally to the disadvantage of defendants,” began American Tort Reform Association president Tiger Joyce.

“By spotlighting injustices, we have worked to educate the media, public and policymakers about problems and ways to improve the civil justice system,” he continued.  “Though it can be tough to make progress in certain states where legislatures are effectively controlled by the plaintiffs’ bar, our Judicial Hellholes program has been credited by judges, lawmakers and business leaders in a number of jurisdictions for sparking debates that led to reforms and better balanced civil courts, which in turn have helped promote economic growth and job creation.

“In addition to ranking and analyzing six ‘Judicial Hellholes,’ the places we consider the worst in which to face a lawsuit,” explained Joyce, “this year’s report also identifies 10 marginally less problematic jurisdictions on the ‘Watch List,’ along with some particularly bad court decisions we call ‘Dishonorable Mentions. ’

“Finally, our latest report offers a Special Feature about some troubling attempts by plaintiffs’ lawyers to circumvent the federal Class Action Fairness Act, by keeping massive, multi-state lawsuits in biased state courts, rather than having them heard in neutral federal courts,” Joyce concluded.

Full text of the 2013/2014 Judicial Hellholes report is posted here.  But for easy reference, text from specific sections of the report is also available.