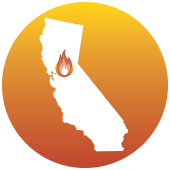 California employers have taken a kick to the keister once again and will now be forced to let employees sit on theirs.  (And some economists wonder why productivity growth has stalled.)

This week the California Supreme Court, in an opinion certified to it by the Ninth Circuit, ruled that employees in the nation’s #1 Judicial Hellhole are entitled to sit in a chair at work on a task-by-task and location-by-location basis.

Cashiers at CVS and tellers at Chase Bank brought suit in federal court against their employers alleging that they were entitled to sit down at their jobs if each discrete task “reasonably permits the use of seats.” And if these employers are found in violation, they’ll be subject to civil penalties to each employee or class member for each separate instance, totalling well into many millions of dollars.

The employers essentially argued that seating rules should be left to them as they consider the nature of employees’ work, the entire range of tasks performed, and whether or not the work can be properly performed while seated.  For example, can a customer be properly greeted or helped with a transaction from a seated position?  Or, as with the ultimately sleeping store security guard on whom bleeding-heart Seinfeld character George Costanza imposed a chair, can shoplifters be adequately detected while seated?

The court acknowledged that a business’s judgment is a factor, but added that it is neither dispositive nor worthy of deference.  Apparently employees’ health is of little concern to California’s judiciary, either.  Because ample research shows that extensive sitting significantly increases the risk of cardiovascular disease, even among those who exercise regularly.

So while the lawyers who’ll now gin up more of these sit-down lawsuits may get rich, their clients will get only more chairs, fewer opportunities for advancement, and a greater risk for premature death from heart attack or stroke.