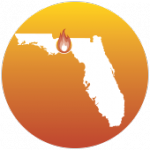 Ten years after tossing out a $148 billion punitive damages award and decertifying a smokers’ class action known as Engle (2006), the Florida Supreme Court unanimously decided in March to allow those same would-be class members to pursue punitive damages after all — only now as individuals.

Later in March, the court ruled that Engle plaintiffs no longer need to have been actually diagnosed with a smoking-related illness by the previously stipulated class cut-off date and but can now merely allege they had exhibited symptoms by that date.

As reported by The Daily Business Review, the high court ruled that a survivor of a smoker who died of lung cancer can now seek punitive damages individually from R.J. Reynolds Tobacco Co. on strict liability and negligence claims. In other words, after the original punitive damages award was tossed out, Reynolds is suddenly liable again.

The appellate districts were split on punitive damagess — the First, Third and Fourth all had held that if a plaintiff wanted liability to be presumed per the findings of Engle, then punitive damages were presumed to be off the table. Coming to the opposite conclusion, the Second Appellate District allowed plaintiffs to pursue punitive damages and the high court backed this generous gift to the personal injury bar.

With respect to the diagnosis-versus-symptoms decision, the high court’s 5-2 majority throws open the flood gates.  Now anyone plaintiff who alleges symptoms prior to the Engle cut-off date can get in on the action.  But at least this ruling met a stinging dissent.  Justice Ricky Polston castigated its “twisted legal reasoning”  that gives “a totally new meaning to the term ‘manifestation’ in order to squeeze additional plaintiffs” into the litigation.