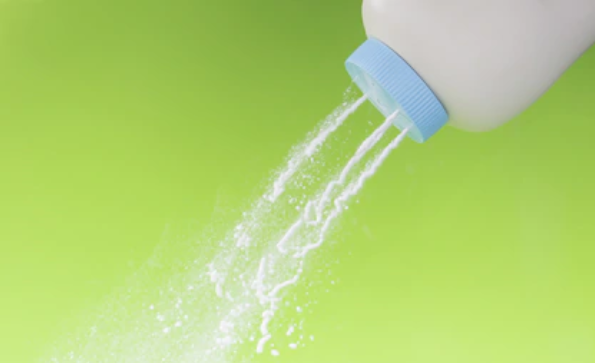 ATRA Responds to Reuters Baby Powder “Exposé”: Lawsuits Should be Based on Science, Not Fearmongering

The American Tort Reform Association (ATRA) today responded to a Reuters report that purports to show that the baby powder widely used for more than a century causes cancer. This one-sided “exposé” was clearly prepared in close consultation with plaintiffs’ lawyers, who have filed thousands of lawsuits with the hope that the sheer number of claims, bad publicity, and the occasional jackpot verdict (even if thrown out on appeal) will compel the businesses they sue to offer lucrative settlements.

California and the City of St. Louis ranked among the nation’s most unfair jurisdictions in their handling of civil lawsuits in the American Tort Reform Foundation’s 2018-2019 Judicial Hellholes report. The willingness of courts to welcome talc cases with no connection to the state and allow them to advance despite a lack of scientific support contributed to their earning this dubious distinction.

The Reuters article, “Johnson & Johnson knew for decades that asbestos lurked in its Baby Powder” (Dec. 14, 2018), claims that the talc used in baby powder may have traces of asbestos, which can cause mesothelioma and is associated with other cancers.

The fingerprints of plaintiffs’ attorney Mark Lanier are all over the Reuters report, which features a photograph “courtesy of Mark Lanier.” Days after publication of the article, when Johnson & Johnson’s stock plummeted, Lanier acknowledged in a CNBC interview that the story “serves my purposes.” By “get[ting] their attention” and “driving the stock down,” Lanier candidly stated, he hopes to pressure the company into settling the litigation for “much less than the roughly $50 billion loss in J&J’s stock market value.”

Plaintiffs’ lawyers eagerly plant and leverage stories like this one not only to pressure settlement, but also to poison the jury pool and drum up more lawsuits. They also invest millions of dollars for television commercials ominously telling viewers that use of talcum powder is tied to cancer and death. A disproportionate share of these ads have aired in St. Louis, the epicenter of the talc litigation and, not coincidentally, the source of some of the most extraordinary talc verdicts. There are now about 12,000 talc lawsuits against Johnson & Johnson pending across the country.

In Atlantic County, New Jersey, a judge dismissed two of these cases because the proposed testimony of the experts hired by the plaintiffs “slanted away from objective science and towards advocacy.” Judge Nelson C. Johnson noted the “narrowness and shallowness” of the plaintiffs’ experts’ scientific inquiries and evidence, and observed they did not even attempt to explain how the presence of talc causes ovarian cancer.

Other cases have resulted in gargantuan verdicts. These cases make headlines, and then courts throw them out. For example, a California trial court judge tossed a $417 million verdict, finding insufficient evidence linking baby powder to a plaintiff’s ovarian cancer. A Missouri appellate court overturned a $72 million verdict, finding there was no basis for attorneys to file a talc lawsuit on behalf of a Birmingham, Alabama resident 500 miles away in St. Louis against a New Jersey-based company. A $55 million talc verdict, also filed in St. Louis, met the same result.

Plaintiffs’ lawyers have recently shifted their strategy after suffering losses in court. Early lawsuits claimed that talc itself caused cancer. In more recent cases, plaintiffs’ lawyers who could find little scientific evidence to support this link claim traces of asbestos make their way into baby powder. That finding is contrary to repeated tests conducted by the Johnson & Johnson, independent laboratories, and regulators finding no asbestos in J&J’s talc, as the company has publicly detailed.

Plaintiffs’ lawyers have made billions off asbestos litigation, much of it questionable, driving 120 businesses into bankruptcy. Now they have reemployed the asbestos boogeyman to scare juries and consumers into believing that the baby powder they and their families have used for generations will kill them. It is a strategy that still did not sway juries in Eureka, California (Allen v. Brenntag North America Inc.) or New Brunswick, New Jersey (Henry v. Johnson & Johnson) this fall, but did lead to the $4.7 billion verdict in St. Louis, which a trial court judge has refused to set aside.

Those who are suffering from cancer are understandably searching for answers as to how they came to have a deadly illness. Plaintiffs’ lawyers readily supply that answer – blame a business viewed as having deep pockets – even if unsupported by the facts and the science. That answer may provide solace to plaintiffs, but it is not justice. Lawsuits that are not backed by sound science primarily benefit lawyers, while hurting businesses, their employees, and their shareholders. And they cause Americans to needlessly worry about the safety of the products they use.

The Reuters “exposé” is nothing new. Soon after the talc trials began, an almost identical headline ran in June 2016 edition of Trial, the official magazine of the American Association for Justice, the plaintiffs’ bar. What is new and surprising is that an ordinarily reputable and objective news source would so closely echo their talking points.