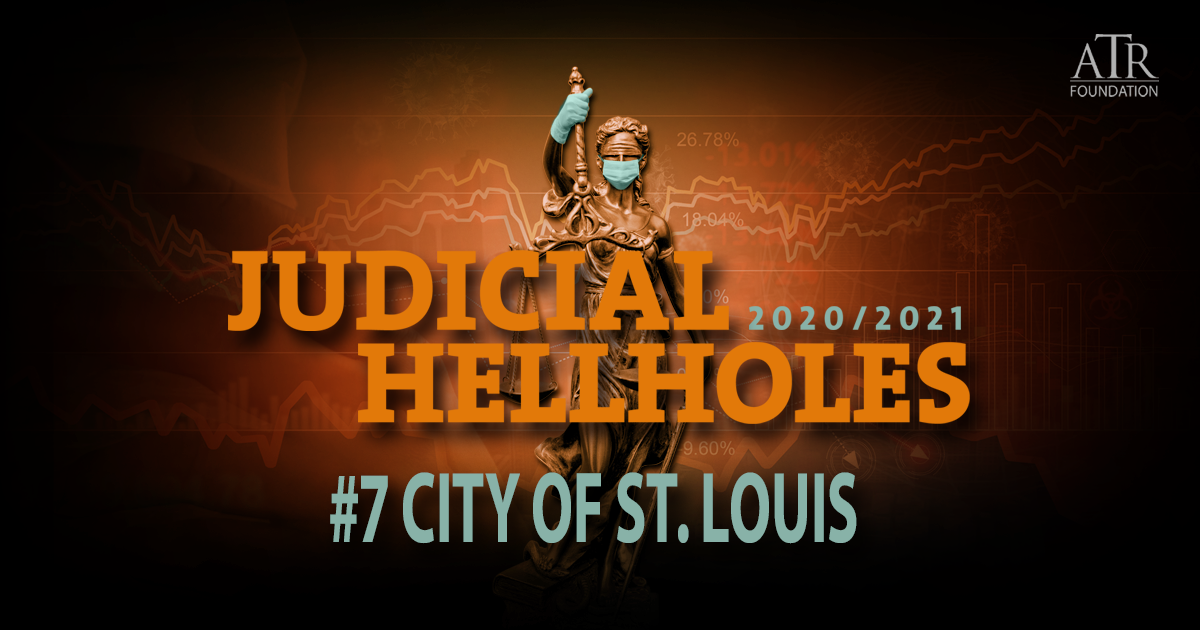 Activity in state legislatures across the country is starting to ramp up as legislators look to tackle a variety of issues.  Addressing COVID-19 and budgetary shortfalls will be a primary focus for most, but other substantive issues will garner attention as well.

Missouri is one state where there is no shortage of civil justice policies that must be considered given the state’s Judicial Hellholes ® status.  The Missouri Chamber of Commerce has laid out an impressive list of legislative priorities for 2021, and ATRA is encouraged that civil justice reforms remain at the top of the list.

One growing nonpartisan concern in that state can be addressed outside the legislative process: inefficiencies and chaos bogging down important aspects of the state’s judicial system.  Contacts on the ground indicate that parties to litigation often are not receiving adequate notice from courts about scheduling and filing deadlines, leading to mass confusion and a lack of preparedness on both sides.  Missouri does not have firm scheduling requirements in place, which allows cases to stall on dockets for months on end, increasing litigation costs and delaying resolution.

According to a recent study by The Perryman Group, excessive tort costs to the Missouri economy result in $2.0 billion in annual direct costs and $3.1 billion in annual output (gross product). Ultimately, this costs the state an estimated 32,205 jobs annually and creates a “tort tax” of $505.21 per person.  Clearly, both the judiciary and legislative branches need to take steps towards decreasing litigation costs in order to help a struggling economy.

While a national standard doesn’t exist, the U.S. Code of Conduct of Judges states that judges should be “expeditious in determining matters under submission”.  For example, in neighboring Indiana, the court must either set a hearing for a motion or rule on the motion within 30 days after the filing.  Once a court holds a hearing on a motion, it has 30 days to rule on the motion.  Kansas and Oklahoma have similar 30-day requirements for ruling on a motion.

We call on the Missouri judiciary to follow the lead of neighboring states and find ways to fairly and appropriately increase the efficiency of the courts. This will provide for quicker and fairer resolution of cases and a decrease in litigation costs for all parties involved.  It is within the judiciary’s authority to tackle this problem head on and take an important step towards removing its designation as a Judicial Hellhole ®.