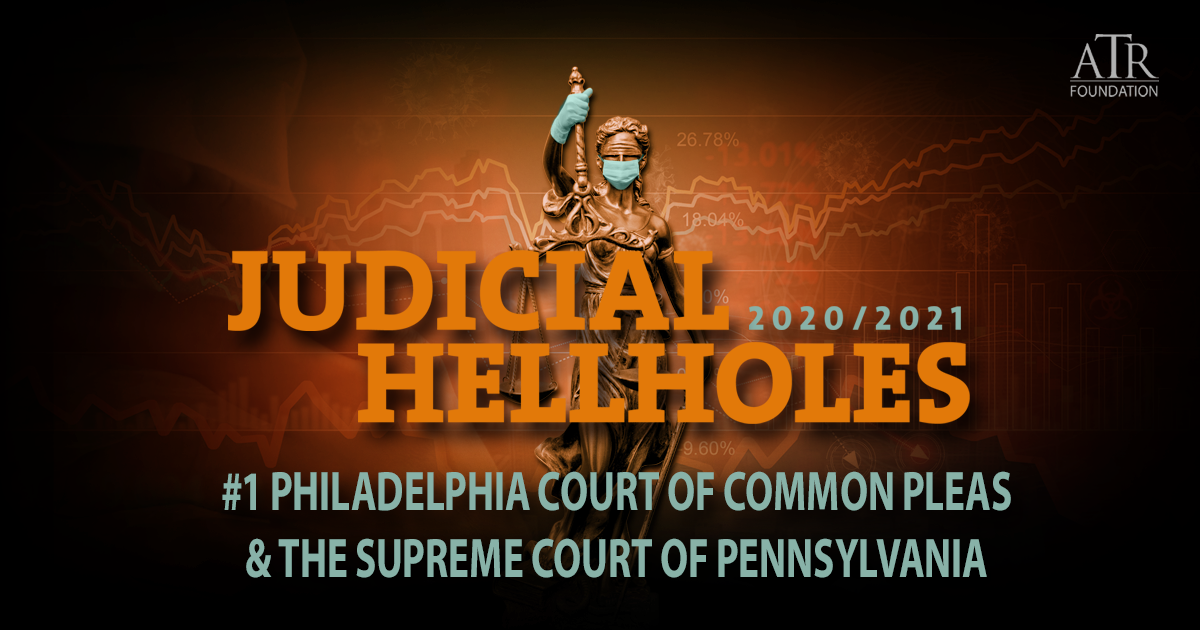 In an effort to curb the excessive litigation and verdicts arising out of the Philadelphia Court of Common Pleas, ATRA filed an amicus brief urging the United States Supreme Court to hear a case involving a state court ruling that conflicts with FDA guidelines.  The Philadelphia Court of Common Pleas has become a hot bed for pharmaceutical litigation because of the court’s open-door policy in allowing out-of-state plaintiffs to file suit in the court and the extremely high monetary judgments plaintiffs are receiving.  In 2019, a jury in the Philadelphia Court of Common Pleas issued an excessive $8 billion verdict against Johnson & Johnson.  This verdict helped earn the court its position as the #1 Judicial Hellhole in 2019.  The case centered around the warning label for off-brand use of a medication produced by Johnson & Johnson.  Plaintiffs successfully argued that the corporation should have unilaterally issued a warning on the medication, an action prohibited under FDA guidelines.

Johnson & Johnson appealed the decision to the United States Supreme Court, and ATRA filed an amicus brief urging the Supreme Court to hear the case.  ATRA argued that precedent preempted state laws which require a corporation to take a unilateral action prohibited by the FDA.  The FDA has a strong interest in overseeing the labelling of medications, and actively uses its power to direct off-brand labeling when appropriate.  Corporations should not face massive judgments for simply complying with FDA guidelines.  This decision could stifle innovation and investment in the pharmaceutical field, benefitting no one, including the patients that the state law claims to protect.  ATRA urged the Supreme Court to hear this case and put an end to the excessive, costly litigation pharmaceutical companies would face if subject to this decision.