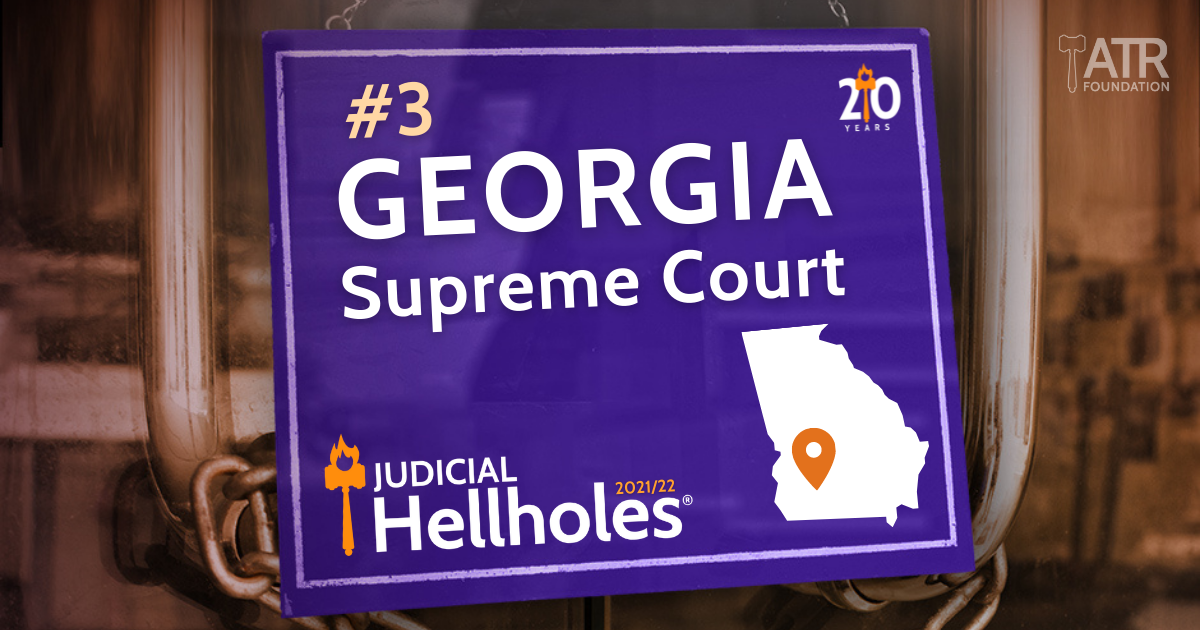 On March 15, 2022, the Georgia Supreme Court overturned a Georgia Court of Appeals decision stating Snapchat did not owe a duty of care to a car crash victim and his wife. The Court ruled a manufacturer has a duty under Georgia law to use reasonable care in selecting from alternative designs to reduce reasonably foreseeable risks of harm posed by its products. Snapchat will now have to face claims that it defectively designed a speed filter that it removed from the app in June of 2021.

The Georgia Supreme Court was ranked the #3 Judicial Hellhole in the most recent report, its highest ranking in the history of the Judicial Hellholes report, due to liability-expanding decisions like these.

The basic principles of tort law usually find that manufacturers do not have a duty of care to prevent actors from misusing their products. The Georgia Supreme Court saw otherwise in a 5-2 decision holding “Our decisional law does not recognize a blanket exception to a manufacturer’s design duty in all cases of…tortious third-party use.”

Plaintiffs sued Christal McGee and Snapchat after Mcgee rear-ended the plaintiffs’ car at 100mph. McGee was using Snapchat’s “Speed Filter”- which alloweds users to record their speed real-time in-app- at the time of the crash. Plaintiffs’ allege that Snapchat negligently designed the filter and therefore owed a duty to the couple. Lower courts held that Snapchat did not owe this legal duty to the couple as a manufacturer’s duty to design safe products does not extend to those injured by third party intentional and tortious misuse.

The Georgia Supreme Court granted certiorari on the case in July of 2021. Plaintiff’s’ claimed Snapchat could reasonably foresee a risk associated with the specific filter. They further claimed this risk was the reason the company removed the filter from its app in June of 2021. Snapchat argued McGee misused the filter by using it while she was operating a vehicle; the filter would give users an express warning to not use the app while driving. Furthermore, the company argued the filter is not any more dangerous than the car going at high speeds itself and there is no duty for car manufacturers to ensure they do not go that fast under the law.

In her concurring opinion, Justice Warren noted the majority’s decision could lead to manufacturers being unable to prevail in Georgia at the motion to dismiss stage in defective design cases even when circumstances regarding the duty would grant them an early victory. Justice Colvin, author of the majority opinion, stated that the Court’s decision does not impose a greater duty for manufacturers and that Georgia precedent already suggests a manufacturer could be liable for a third party’s misuse.

As a result, plaintiffs’ design defect claims may proceed in trial court.