With an op-ed in today’s edition of Politico, Congressman Don Young of Alaska describes a troubling arrangement between the Environmental Protection Agency and various environmental groups as “perhaps the most devious way in which agencies make  sweeping policy changes, while keeping Congress and the American people in the  dark.” 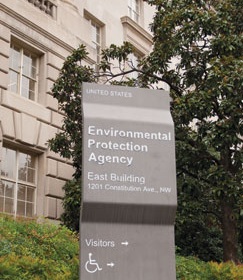 Under this process known as “sue and settle,” writes Young, “environmental groups and a federal agency agree to enter  into a lawsuit that alleges that the agency has failed to meet a regulatory deadline or requirement.  The two parties then settle with a preconceived consent decree that circumvents the traditional rule-making process and ‘forces’ the  agency to quickly implement mutually agreed-upon rules.”

EPA has chosen not to defend itself in such lawsuits at least 60 times between 2009 and 2012, resulting in the publication of more than 100 new  regulations, many of which impose compliance costs to the tune of tens of millions and even billions of dollars, reports Young.

“Not surprisingly, in each case, EPA settled on terms dictated by  environmentalists — 34 times with the Sierra Club alone — without input or  review from Congress, stakeholders or even the Office of Management and Budget.  In fact, EPA does not disclose that it is even being sued until the two parties  have already struck a deal and that agreement is filed in court.

“Worse yet for taxpayers, the environmental groups’ lawyers are paid directly out of federal coffers.”