In an apparent bid to make sure California remains as the #1-ranked Judicial Hellhole for an unprecedented third year in a row, food suit shysters there have watsed no time in getting 2014 off to a familiar start, filing two meritless class actions in federal court — this time alleging that a byproduct of caramel coloring in soft drinks and other beverage products is harmful, even though the Food and Drug Administration says it’s not.
Lawyers for the same lead plaintiff in both cases, Cortina v. PepsiCo, Inc. and Cortina v. Goya Foods, Inc., claim the defendants are in violation of California’s Unfair Competition Law, False Advertising Law 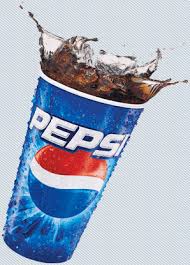 and Consumers Legal Remedies Act by allegedly failing to tell consumers that their products contain “dangerous levels” of  4-methylimidazole, or 4-MeI.
The chemical is considered a carcinogen but, as reported by Food Navigator-USA.com, government authorities in the U.S., Canada and Europe say it poses no risk for humans in the concentrations allowed in food products.
“Under California’s Proposition 65, products with more than 29 micrograms of the potentially carcinogenic chemical must carry a health warning label,” reports Law360.com, and independent testing purports to show significantly higher levels in the defendants’ products, though it is unclear where those products were purchased for testing.
And where the tested beverages were purchased may be important since, as Law360.com’s coverage continues, PepsiCo says it immediately moved to meet new regulatory requirements in California under Prop 65 and that all of its products in California are below the California threshold. It also says it’s rolling out the same changes across the U.S. and the conversion will be complete by February.
But lawsuits without injuries are routine in California, and if personal injury lawyer-written laws and regulations open loopholes for lawsuits — like setting thresholds for potential harm to absurdly low levels — rest assured those loopholes will be shamelessly exploited.  Meanwhile, soft drink consumers in California should prepare to pay a little more for their favorite beverages.  After all, money for lawyers’ fees doesn’t grow on trees.