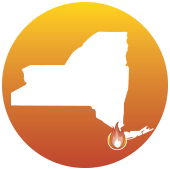 In an amicus brief to the high court, ATRA and its allies noted that, after bankrupting virtually all of the companies that had originally mined the fibrous mineral and manufactured 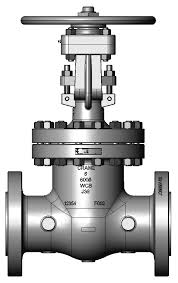 flame retarding and insulating materials that can break down and find their way into the air and into the unprotected lungs of exposed workers, asbestos litigation has effectively become a plaintiff lawyers’ “search for solvent bystanders,” such as this defendant who manufactured high-pressure pumps and valves incorporated and subsequently insulated by the U.S. Navy in its ships.

“It is black-letter product liability law that manufacturers are not liable for the harms caused by others’ products except in very limited situations not present” in this case, the ATRA brief argued.  But to no avail.  New York’s high court, sometimes a moderating influence over the state’s notoriously plaintiff-friendly lower courts,  held that a “manufacturer must warn of dangers arising from the product’s ‘intended use or a reasonably foreseeable unintended use.'”

In Konstantin v. Tishman Liquidating Corporation, the high court effectively upheld NYCAL’s penchant for consolidating multiple asbestos cases against various defendants into one trial, saying the defendant technically failed to preserve the consolidation issue for appellate consideration by not raising it with the trial court a second time — after most of the 10 originally consolidated defendants settled their cases before trial.

ATRA’s amicus brief to the Court of Appeals in Konstantin argued, among other things, that consolidating cases with widely varying fact patterns and questions of law is an inherent violation of defendants’ Fourteenth Amendment right to due process.  NYCAL’s now routine consolidation of asbestos cases runs contrary to a clear nationwide trend.  And according to an empirical study published last year, “NYCAL data suggest that consolidated trial settings create administrative and jury biases that result in an artificially inflated frequency of plaintiff verdicts at abnormally large amounts.”

But New York’s top judges don’t seem to care.  Which is why NYCAL judges remain free to do the bidding of politically powerful plaintiffs’ lawyers who come before them.  And it’s why the jurisdiction, despite the appointment of a new chief judge last year and the hope for more evenhandedness he initially inspired, is likely to retain its ranking among the nation’s worst Judicial Hellholes for the “reasonably foreseeable” future.