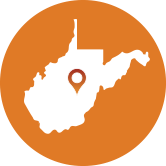 On February 5, 2020, Judge Ronald Wilson of Kanawha County trial court issued an order that expressly acknowledged “abuse” in his

As reported by the New York Times, Sheldon Silver, former Democratic speaker of the New York State Assembly, was found

The Maryland Court of Appeals recently overturned the state appellate court’s Duffy v. CBS Corp. decision. In the case, which

Perennial Judicial Hellhole Madison County, Illinois is not ready to give up its dubious distinction as the top asbestos litigation destination anytime soon.

Seemingly determined to keep California atop the Judicial Hellholes rankings, an appeals court there last week ignored precedent requiring trial judges to function as “gatekeepers” when it comes to the scientific validity of expert testimony and instead upheld a decision to let jurors play that critical role in their acceptance of a discredited theory of asbestos exposure

As the pool of potential claimants who’ve truly been sickened by exposure to asbestos dwindles, along with the pool of still solvent defendant companies, personal injury lawyers have filed increasingly speculative lawsuits. But many judges, to their credit, are holding the line against such claims

On February 17th and 19th, Judge Staci M. Yandle for the U.S. District Court for the Southern District of Illinois granted seven motions to dismiss for lack of personal jurisdiction for defendants involved in a large multi-defendant asbestos case. In each claim, the plaintiff, a former Navy worker, fell far short of alleging sufficient contacts by the defendants to the state of Illinois to satisfy constitutional due process requirements.

The latest in a long line of plaintiff-friendly asbestos judges in Madison County, Illinois, recently denied dozens of defendants’ perfectly persuasive motions for forum non conveniens in four separate cases, making it ironically clear that jurors, not judges, are asbestos defendants’ only hope for justice in this perennial Judicial Hellhole

After spending millions of taxpayer dollars on a delusional national advertising campaign aimed at bringing start-up businesses to a dying state controlled by personal injury lawyers (who in their right mind would bring a business to such a state?), New York Governor Andrew Cuomo has now admitted that those lawyers dominate state politics and he﻿ is powerless to push through a popular reform bill that actually could boost redevelopment efforts

At the behest of powerful personal injury law firm Weitz & Luxenberg, New York Supreme Court Justice Sherry Klein Heitler Tuesday reintroduced punitive damages to New York City’s asbestos litigation (NYCAL) with an order that will enrich those lawyers at the expense of the many who will develop asbestos-related illnesses in the future

A Baltimore judge has soundly rejected a proposal by the law firm of Peter Angelos to consolidate approximately 13,000 asbestos-related lawsuits involving different products, exposures, and illnesses, along with scores of defendants

Picking up where the latest Judicial Hellholes report left off, the Wall Street Journal this week editorialized about the consolidation game that asbestos kingpin Peter Angelos is trying to play in Baltimore