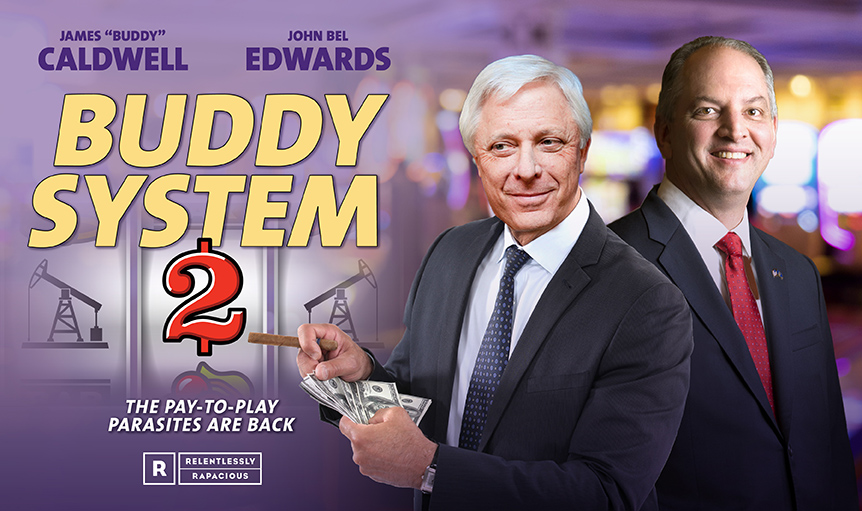 “Ignoring the message Louisiana voters sent to Mr. Caldwell last year, Gov. Edwards has picked up right where the former attorney general’s notorious and much criticized ‘buddy system’ left off,” Joyce continued. “But the governor has raised the stakes exponentially with a multibillion-dollar play against the Pelican State’s critical energy industry.

“The governor may believe that squeezing billions from energy producers with the mother of all legacy lawsuits will somehow solve Louisiana’s budget problems and secure generous campaign support from trial lawyers for the rest of his political career. But his high-rolling bet may come up snake-eyes if energy companies and other industries decide that expanding in or relocating to Louisiana isn’t worth the risk.  Job creation and economic growth could suffer, budget problems could worsen, and Louisiana’s voters could quickly come to regret recent election results.

“In addition to the economic problems the governor’s trial lawyer-led litigation may cause for the state, the litigation itself would face significant legal hurdles, especially in light of the Army Corps of Engineers’ management of the lower Mississippi, which many experts say has been the principal factor in Louisiana’s coastal erosion for decades.”

Joyce referenced a recent letter from Congressman Garret Graves (6th Dist.-LA) to Gov. Edwards, criticizing the governor’s litigation as a political “tool to enrich friends and supporters,” and, among other things, urging him instead to use his “oft-cited close relationship with President Obama to hold the Corps of Engineers accountable for trashing” Louisiana’s coast.

“But Gov. Edwards doesn’t seem inclined to heed the counsel of Congressman Graves, Louisiana’s reform-minded Attorney General Jeff Landry or others advising against litigation run by his political patrons,” Joyce observed. “He appears determined to star in ‘Buddy System 2’ and thus guarantee Louisiana a leading role in the upcoming edition of ATRA’s annual Judicial Hellholes report, due out in December.”