Get ready for the 2016/2017 Judicial Hellholes report, with a new #1 ranked hellhole from 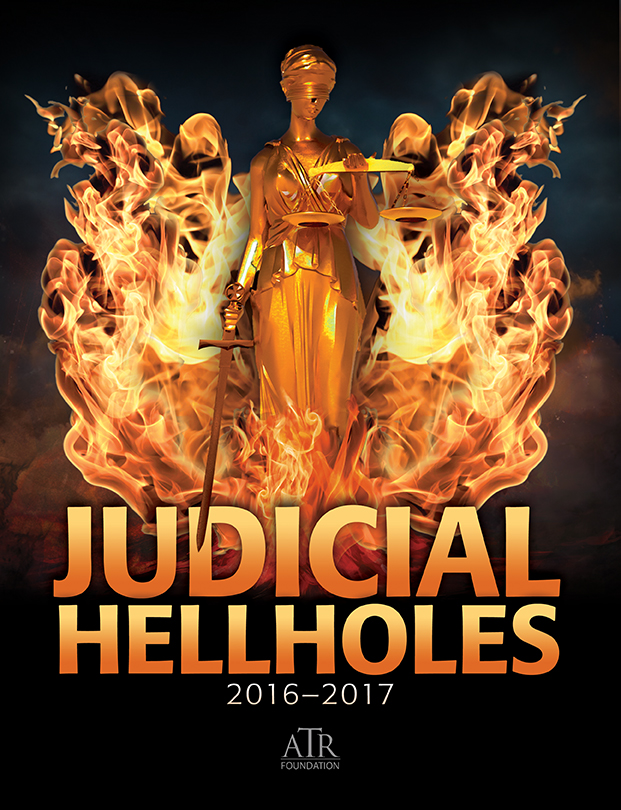 America’s heartland.  ATRA and ATRF will rollout the report next Thursday, Dec. 15, to media across the country.  Reporters with reason to believe their respective jurisdictions are likely to be mentioned in the report are welcome to contact ATRA communications director Darren McKinney in advance to arrange a sneak peek.

Meanwhile, one of the civil justice issues afflicting a number of Judicial Hellholes jurisdictions cited in the report is abusive disability-access lawsuits brought under the federal Americans with Disabilities

Act (ADA) and state civil rights laws.  CBS’s 60 Minutes aired a segment last Sunday evening.  Reported by Anderson Cooper, it’s titled “Drive-By Lawsuits.”  Our Hellholes report will link to the 60 minutes piece and we urge everyone to view it when they can.