A unanimous three-judge panel of the U.S. Court of Appeals for the Fifth Circuit last Friday reversed a record-setting federal False Claims Act verdict of 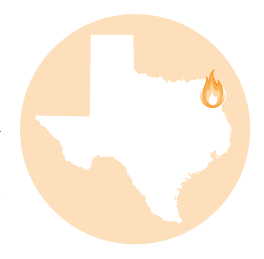 $663 million in a case so willfully mishandled by the trial judge that it sunk the Eastern District of Texas into the ignominious rankings of Judicial Hellholes two years ago.

The case, United States ex rel. Harman v. Trinity Industries, arose in 2012 when “relator” (plaintiff) Joshua Harman purported to “blow the whistle” on his once and future competitors at Trinity Industries Inc., alleging that Trinity had knowingly and fraudulently sold to the federal and state governments elements of a highway guardrail system that had been modified in 2005 but not subsequently tested and approved by the Federal Highway Administration (FHWA).

Trinity defended the claim by showing that the design modification was recommended by the system’s engineers at the Texas A&M Transportation Institute (TTI) to “improve the product,” that the modification was “insignificant,” and that it did not need to be disclosed. Trinity also pointed out that the FHWA had already investigated for a potential FCA violation and promptly affirmed that the modified product was compliant with the agency’s standards. Accordingly, the federal government declined to join the plaintiff’s FCA lawsuit.

Citing the U.S. Supreme Court’s 2016 decision in Escobar, Circuit Judge Patrick E. Higginbotham wrote that for a FCA claim to succeed, it must show that a defendant’s knowingly false and fraudulent conduct materially could have caused the government a loss.  And since relevant FHWA regulations allowed TTI “engineers [to] use their judgment to determine that additional testing [was] not needed” to assure the safety of the modified product, Trinity sold the government only the sound, lifesaving guardrail system it had contracted to sell.  “Disagreement over the quality of that [engineering] judgment is not the stuff of fraud,” the court said.

More damningly, the opinion found that Harman had signaled to potential investors his “[intention] to use the proceeds [from the lawsuit] to recapitalize his business and begin manufacturing competing” guardrail elements.  It also detailed why the $663 million verdict was both unjustified and without any basis in fact.

So the reputation of an upstanding company that provides a reliable and affordable product protecting Americans all along our nation’s roads and highways has appropriately been restored.

But as the number of new FCA claims by private individuals and their lawyers grew nearly 300% from 1994 through 2015, and as the percentage of government initiated claims shrinks, this long-awaited Fifth Circuit decision more broadly and importantly reiterates that:

“Congress enacted the FCA to vindicate fraud on the federal government, not second guess decisions made by those empowered through the democratic process to shape public policy.  . . . As the interests of government and relator diverge, this congressionally created enlistment of private enforcement is increasingly ill-served,” especially “[w]hen the government . . . repeatedly concludes that it has not been defrauded . . . .”

As ATRA’s amicus brief to the Fifth Circuit pointed out, 80% of FCA claims now proceed without the government joining private relators in their allegations against defendants.  And even when defendants prevail, they are forced to incur considerable legal expenses.  Which is why ATRA is hopeful that, with at least four FCA cases now pending before the Supreme Court, the justices will thoughtfully reassert Congress’s original intentions and proscribe much of the statute’s misuse and abuse by greedy and scheming individuals looking to get rich quick at everyone else’s expense.

By way of historical context, the FCA was first enacted to punish and discourage Civil War profiteering and was sometimes known as “Lincoln’s Law.”  But when the government concludes it has not been defrauded, false claims cases should end and there should be no awards for damages made to relators and their attorneys.  They are the profiteers of today.  Trinity should never have had to appeal such a verdict, much less endure roughly five years of very costly but meritless litigation.  All judges must ensure that such costly FCA travesties are never repeated.