Jurisdictions in Louisiana were named Judicial Hellholes® a total of 11 years, plus four years on the report’s Watch List. Recurring issues over the past 20 years include coastal and environmental litigation against energy companies, auto insurance scams and a large number of auto injury claims, government cronyism, and up until recently, a high jury trial threshold.

Lawyers know this is a Judicial Hellhole. Louisiana accounts for a disproportionate amount of legal services TV ads and spending on those ads (4% of all spending and 5.6% of ads in one quarter) considering that the state makes up less than 1.5% of the nation’s population.

We know through research that frivolous tort cases or those that result in excessive damages and rewards can have negative consequences on the economy. These excessive tort costs are destructive to American businesses and harmful to consumers, wiping out billions of dollars of economic activity on an annual basis. A 2021 study by John Dunham & Associates found that if Louisiana enacted certain tort reforms, the resulting savings to residents and businesses of the state would be more than $2 billion. This means that residents are in effect paying a “tort tax” of $451 per person. According to this study, the savings from reforming Louisiana’s tort system could support an additional 22,550 jobs and $3.87 billion in increased economic activity. 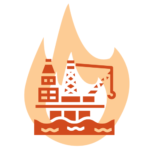 An attack on Louisiana’s energy companies began shortly after Governor John Bel Edwards took office in 2016. He issued an ultimatum to the state’s oil and gas industry – either spend billions of dollars to restore the eroding coastline or face a drawn-out, costly legal battle. This attempted shake-down failed and the two sides have been tied up in litigation ever since. When the oil and gas industry refused to comply with Edwards’ demands, he strong-armed six local parishes to file more than 40 lawsuits targeting major providers of oil and gas jobs in Louisiana.

Coastal lawsuits targeting Louisiana’s critical energy industry have brought private lawyers into a space meant for democratically elected decision makers. Rather than allowing elected officials to create policies that benefit the public, these private lawsuits have reinforced the state’s litigious reputation, driven up business costs, and killed jobs for thousands of hard-working Louisianans.

Governor Edwards seems to believe that squeezing billions of dollars from energy producers will solve the state’s chronic budget problems, but the reality is that this litigious approach has only pushed energy companies out of the state, killed jobs, and hurt tax revenue.

According to a recent economic study by the Pelican Institute for Public Policy, Louisiana’s coastal litigation leads to an economic loss of $44.4 million to $113 million each year. The increased risk of litigation for oil drilling companies has resulted in 53-74 fewer oil wells from 2014 to 2016. As a result, Louisiana has seen “a decrease of more than 2,000 employees across four occupations in the state’s oil and gas industry, and these lost jobs equate to lost earnings of $70 million per year.” These coastal lawsuits continue to move the state in the wrong direction and only serve as a burden on the state’s economy as it looks to rebound from a difficult year. 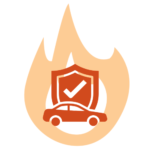 Most Louisiana drivers are uninsured or underinsured, which means drivers turn to the court system when an accident occurs. To compensate for this onslaught of lawsuits, Louisianans are forced to pay higher premiums.

After years of back and forth legislative efforts from a broad and diverse base of supporters seeking relief from the state’s high auto insurance costs, Louisiana enacted the Civil Justice Reform Act of 2020 to address the state’s auto insurance crisis. 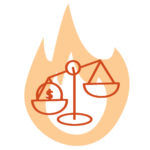 Since Governor John Bel Edwards’s election in 2015, he has made a habit of hiring former campaign donors to represent the state in litigation against energy companies, creating the appearance of a “pay-to-play” system. The law firm that Edwards chose to lead the efforts against energy companies happened to raise $2 million for a super PAC supporting his 2016 gubernatorial campaign. The same firm also donated $10,500 to the reelection bid of state district court judge Michael Clement, who happens to be the judge who heard several of the cases against energy companies in Plaquemines Parish in 2019.

Coastal lawsuits against energy companies aren’t the only area where Edwards’s donors are leading the way. Of the 19 private attorneys representing the state in opioid lawsuits against drug companies, 10 donated directly to Edwards or the Gumbo PAC, a PAC that supports the governor. Leading that roster of private lawyers is Mike Moore, a former state attorney general who received almost $470,000 in campaign contributions for the state trial bar’s top contributors between 2011 and 2018.

Governor Edwards has made it clear to plaintiffs’ lawyers: If you donate to his campaigns, you’re in the running to profit off of major lawsuits that only serve to hurt businesses, employees, and taxpayers. Plaintiffs’ attorneys hired by Louisiana’s state and local governments stand to gain millions of dollars from any state recovery. As a result, they’re incentivized to maximize their fees, regardless of the public interest.

But, the Governor isn’t the only one who owes favors to campaign contributors. In 2016, trial lawyers contributed more than $2 million to push Judge Jimmy Genovese into a state supreme court seat, defeating a business-friendly moderate. Much of the campaign cash came from the same lawyers and firms that supported Governor Edwards’ election a year earlier.

Considering the potential multi-million dollar awards that could come out of oil and gas lawsuits, it’s no surprise that trial lawyers are fighting to get the actions to the state supreme court, hoping for a friendly judgement from Judge Genovese.

Lawyers know this is a Judicial Hellhole. Louisiana accounts for a disproportionate amount of legal services TV ads and spending on those ads (4% of all spending and 5.6% of ads in one quarter) considering that the state makes up less than 1.5% of the nation’s population.

These excessive tort costs result in an annual tort tax of more than $450 paid by each Louisiana resident.

The Civil Justice Reform Act of 2020 enacted several reforms to address to address the Louisiana’s auto insurance crisis. The law:

While these changes are not as comprehensive as reform advocates would like, these reforms are positive developments and more critical now as families and businesses work to rebuild Louisiana’s struggling economy.

Where will Louisiana fall this year?

Be the first to find out if Louisiana will continue as a Judicial Hellhole® when our 2021-2022 report comes out in December.