Though her lawyers had sought home confinement, Pennsylvania’s much-criticized former attorney general Kathleen Kane received a sentence of 10 to 23 months in prison yesterday following her mid-August convictions for felony perjury and assorted misdemeanors. 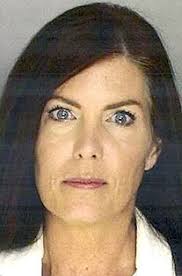 Despite her tearful plea for leniency, Judge Wendy Demchick-Alloy told Kane, “Any lesser sentence than total confinement will absolutely depreciate the seriousness of the crime.”

The sentence marks the culmination of a tenure stained by corruption.  Since taking office only three years ago, Kane’s tenure — devoid of ethical standards and any sense of responsibility to the public — included strategic political firings, forced resignations, selective prosecution and nepotism.

Erik Olsen, the chief of the criminal prosecution division in the AG’s office, had testified against his former boss, saying “she created a terror zone in this office.”

ATRA says good riddance.  Perhaps the voters of Pennsylvania will choose their next attorney general with greater care.