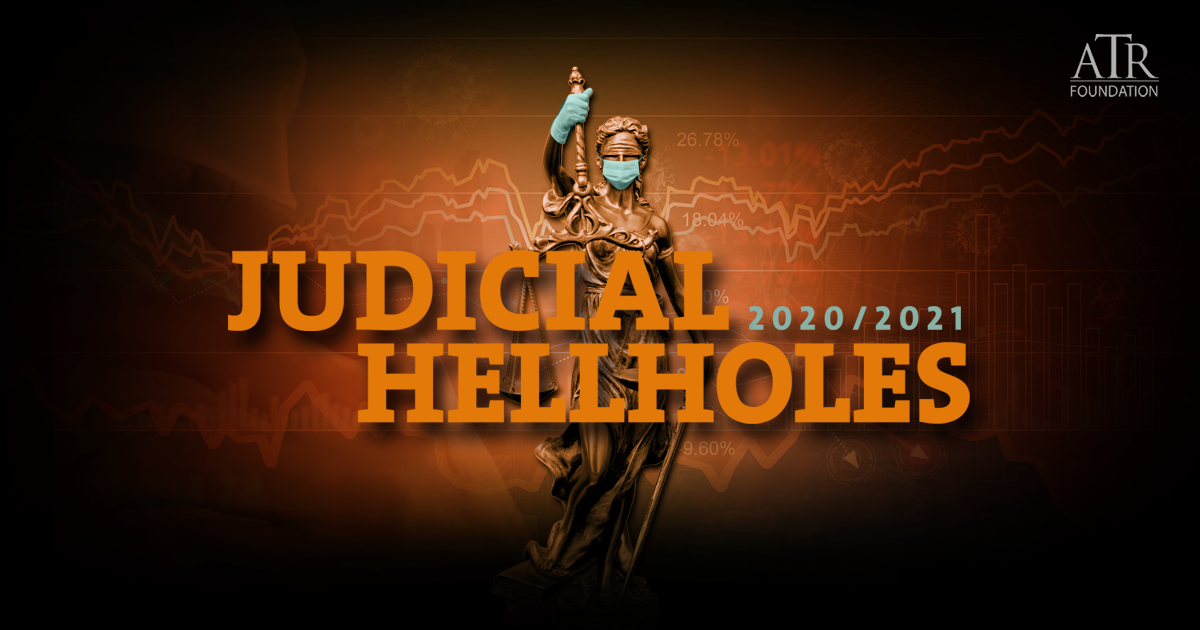 There is a growing trend across the nation of state courts in “Judicial Hellholes” rejecting U.S. Supreme Court precedent and improperly expanding personal jurisdiction for those courts. The American Tort Reform Foundation’s 2020 Judicial Hellholes report highlights this emerging problem and points to a handful of 2020 decisions that highlight it.

Judicial Hellholes are deemed the most unjust local courts and state civil justice systems in the country. The 2020 report ranks nine Judicial Hellholes while shining a light on lawsuit abuse. It further demonstrates that these jurisdictions are outliers in contrast to the rest of the nation

An emerging commonality among Judicial Hellholes is a failure of judges to weed out cases that simply don’t belong in in their courts. State judges must follow the supreme court of the land when there is controlling precedent and resist the urge to open their courtroom doors to plaintiffs across the country.

The U.S. Supreme Court held in its 2016 Bristol-Myers Squibb decision that a state cannot exercise personal jurisdiction over a company that is not incorporated or headquartered in that state, when the plaintiffs do not live in the state, and events related to the alleged injury did not occur there. The U.S. Supreme Court ruled that in California, a perennial Judicial Hellhole and No. 3 on this year’s list, the courts lacked the specific personal jurisdiction required to hear the case.

Following this landmark decision, state courts have had numerous opportunities to properly apply the precedent and restrict abusive forum shopping. While many states strictly adhere to SCOTUS precedent, a handful of state courts in Judicial Hellholes refuse to comply…