The 2020-2021 Judicial Hellholes® report shines its brightest spotlight on nine jurisdictions that have earned reputations as Judicial Hellholes. Some are known for allowing innovative lawsuits to proceed or for welcoming litigation tourism, and in all of them state leadership seems eager to expand civil liability at every given opportunity.

Every year we shine a light on the worst of the worst. The report shines its brightest spotlight on jurisdictions, courts or legislatures that have earned reputations as Judicial Hellholes. 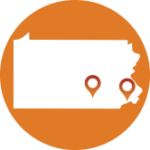 #1 PHILADELPHIA COURT OF COMMON PLEAS & THE SUPREME COURT OF PENNSYLVANIA Plaintiffs from across the country continue to flock to the Court of Common Pleas because of its reputation for excessive verdicts and its “open door” policy to out-of-state plaintiffs. It is a haven for mass tort litigation, par-ticularly lawsuits targeting medications and medical devices. The Supreme Court made the state even more appealing with a ruling that solidified the state’s low standard for expert witness testimony. It issued another ruling that openly defied the U.S. Supreme Court and will open the floodgates for filings from out-of-state plaintiffs. The high court also increased potential liability for asbestos defendants. No industry is safe as the courts look to expand liability for all defendants, including those in the essential health care industry. 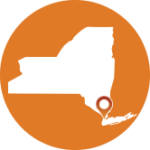 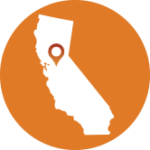 #3 CALIFORNIA A perennial Judicial Hellhole, California’s fall to the No.3 spot in 2020 cannot be attributed to any improvement in the state’s liability climate, but rather results from the severity of problems in Pennsylvania courts and New York City. Baseless Prop-65 litigation targets business and courts allow the plaintiffs’ bar to exploit California’s Lemon Law. Entrepreneurial plaintiffs’ lawyers take advantage of unique California laws such as the Private Attorney General Act and the California Consumer Protection Act. The activist state attorney general is pushing an expansive view of public nuisance law, and small business continues to be targeted by Americans with Disability Act (ADA) lawsuit abuse. Arbitration also is under attack and employers face burdensome employment law liability. 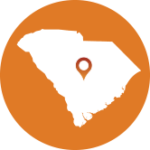 #4 SOUTH CAROLINA ASBESTOS LITIGATION South Carolina asbestos litigation was included on the Watch List in 2019, thanks to its reputation for pro-plaintiff rulings and unfair treatment of defendants. A concerning pattern of discovery abuse, unwarranted sanctions, low evidentiary requirements, and multi-million-dollar verdicts solidified its position as a Judicial Hellhole in 2020. 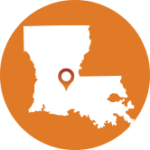 #5 LOUISIANA Lawsuit abuse and insurance scams drive auto insurance rates higher and higher in the Bayou State. Abusive coastal litigation continues to bog down Louisiana’s economy, and in-state lawyers are spending millions of dollars on lawsuit advertising. Louisiana took a step in the right direction when it enacted the “The Civil Justice Reform Act of 2020,” but more work remains to be done. 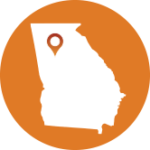 #6 GEORGIA The “Peach State” once again finds itself on the Judicial Hellholes list thanks to a continued rise in nuclear verdicts, the increasing role of third-party litigation financing, and ever-expanding premise liability. The Georgia Supreme Court also attributed cybercriminal acts to law abiding businesses. Trial lawyers have spent millions of dollars on advertisements, publicizing their jackpot verdicts and looking for their next big pay day. And while the Georgia legislature seemed poised to address lawsuit abuse plaguing the state’s judicial system, its efforts were derailed by the COVID-19 pandemic. 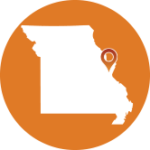 #7 CITY OF ST. LOUIS, MISSOURI The City of St. Louis Circuit Court is notorious for allowing blatant forum shopping and awarding excessive punitive damage awards. The court also fails to ensure that cases are guided by sound science. In 2020, the Missouri Legislature took great strides toward addressing lawsuit abuse that has plagued the “Show-Me-Your-Lawsuit” state for years. While the enactment of several reforms is encouraging for Missouri’s future, the success is contingent on the St. Louis court’s compliance with the new statutes. Some St. Louis judges have a history of ignoring both state law and U.S. Supreme Court precedent with regard to expert evidence standards, personal jurisdiction and venue, and damage awards. 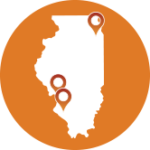 #8 COOK, MADISON AND ST. CLAIR COUNTIES, ILLINOIS This trio of Illinois counties continues to be a preferred jurisdiction for plaintiffs’ lawyers thanks to no-injury lawsuits, plaintiff-friendly rulings in asbestos litigation, and the promise of a liability-expanding legislative agenda each and every year. Illinois is ground zero for no-injury lawsuits, thanks in large part to its Biometric Information Privacy Act and the courts’ expansive interpretation of the law. 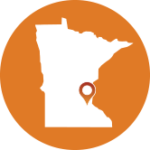 Beyond the Judicial Hellholes, this report calls attention to seven additional jurisdictions that bear watching due to their histories of abusive litigation or troubling developments. These jurisdictions may be moving closer to or further away from a designation as a Judicial Hellhole, and they are ranked accordingly.

FLORIDA A former No. 1 Judicial Hellhole, Florida continued to make progress towards improving its legal climate in 2020 as a direct result of Governor Ron DeSantis’s (R) thoughtful and decisive leadership, as he con-tinued to remake the Florida Supreme Court through two additional appointments. Florida appears to be a tale of two stories, though, as the legislature stalled in its efforts to pass long-sought, meaningful lawsuit reform. South Florida has developed a well-deserved reputation for its aggressive personal injury bar and fraudulent and abusive litigation practices. While the rest of the state has looked to curb litigation abuse, some South Florida judges have allowed it to run rampant. As a result, Florida remains on the Watch List and ATRF will continue to monitor the Sunshine State.

OKLAHOMA A newcomer to the Judicial Hellholes list in 2019, the “Sooner State” moved down to the Watch List in large part due to a lack of activity in the state because of the pandemic. State leadership did little to rectify Oklahoma’s liability environment; however, the Oklahoma Supreme Court has a real opportunity to improve the state’s litigation climate in 2021. Given the Supreme Court’s recent propensity to expand liability, there is concern the Court will continue down the same path. All eyes will be on Oklahoma in the coming year.

NEW JERSEY The New Jersey legislature has been a breeding ground for problematic legislation. Every session, its members introduce and try to pass numerous liability-expanding bills. Several pieces of legislation would pin the burden of the COVID-19 pandemic on businesses that are struggling during the economic downturn. The New Jersey legislature leads in setting the tone for liability expansion, but the state’s supreme court has started to keep up.

COLORADO The “Centennial State” had a troubling year with all three of its government’s branches. The judicial branch expanded the liability of businesses and other organizations that operate in the state. The executive branch intertwined itself with moneyed interest groups, allowing them to influence the governor’s office. Meanwhile, the legislature has refused to face the costs COVID-19 has brought to businesses.

MARYLAND The state provided a mixed bag this year. There have been some promising advances in the Baltimore courts on asbestos litigation, and there have been some disappointing opinions on expansion of liability. Healthcare providers in Maryland face a difficult legal climate that is affecting access to medical liability insurance and could prevent important patient care, which is especially important given the ongoing COVID-19 pandemic.

WEST VIRGINIA In the former and recovering perennial Judicial Hellhole West Virginia, there remains reason for concern. Asbestos litigation abuse continues, recent West Virginia Supreme Court of Appeals elections have led to the election of a judge sympathetic to plaintiffs and the state’s Attorney General has started to play an activist role.

MONTANA SUPREME COURT Montana is an outlier in its approach to personal jurisdiction, which allows the state’s courts to decide cases that lack a sufficient connection to Montana. The U.S. Supreme Court has stepped in to address the growing controversy. The Court also expanded asbestos liability, and continued to avoid addressing the constitutionality of the state’s limit on punitive damages.

Dishonorable Mentions comprise singularly unsound court decisions, abusive practices, legislation, or other actions that erode the fairness of a state’s civil justice system and are not otherwise detailed in other sections of the report.

Included among this year’s list is the Idaho Supreme Court’s decision to allow ‘phantom damages’ and expand medical liability and judicial nullification of liability limits in Oregon. A Missouri appellate court restricted rights of defendants under ‘065 Agreements and a Wisconsin trial court allowed a jury to consider irrelevant evidence and ‘junk science.’ Lastly, the activist New Mexico attorney general seeks to expand liability under the state’s public nuisance law.

This year’s report again enthusiastically emphasizes the good news from some of the Judicial Hellholes states and other jurisdictions across the country. Points of Light are examples of fair and balanced judicial decisions that adhere to the rule of law and positive legislative reforms.

Among the positive decisions, the Sixth Circuit reined in the judge overseeing federal opioid cases, the Maryland high court brought the state into the mainstream by adopting the expert evidence standard applied by most courts, and Tennessee upheld reasonable constraints on the subjective portion of damage awards in personal injury cases.

Additionally, 21 states and the District of Columbia enacted laws that limit the liability of healthcare providers, businesses, schools, manufacturers of personal protective equipment, and others during the COVID-19 pandemic. These laws strike a balance that protects public safety without jeopardizing the ability of businesses to operate, and reduce the threat that individuals and organizations that are providing vital medical care, products, and services during the pandemic will be rewarded with a lawsuit.

THE COVID-19 LITIGATION SURGE & RESPONSE As the pandemic reached the United States, entrepreneurial personal injury lawyers saw the opportunity to bring a wide range of lawsuits. Even with the pandemic effectively shutting down many state legislatures and the virus arriving as legislative sessions concluded, twenty-one states and the District of Columbia enacted laws addressing liability concerns stemming from the pandemic.

AMERICAN LAW INSTITUTE – ACADEMICS OR ACTIVISTS? Once a stalwart of the American legal profession, it appears the American Law Institute has shifted its mission from its original purpose to promote the clarification and simplification of the law to that of an advocacy organization. What once was a scholarly institution that was safely above the fray, has now plainly shifted its focus to legal advocacy.

PHANTOM DAMAGES AND THE TRIAL BAR’S EFFORTS TO GAME THE SYSTEM Jury verdicts across the country continue to rise at alarming rates. A variety of civil justice abuses contribute to the growing litigation costs, none more so than judges permitting “phantom damages” to be introduced in their courtrooms. A troubling new trend in our civil justice system threatens to further bloat the system, as “phantom damages” grow larger due to an increased use of medical finance companies and “letters of protection.”