The American Tort Reform Foundation began publishing its annual Judicial Hellholes® report and rankings in 2002. The 2021-2022 report marks the 20th anniversary of the report.

Over those 20 years, some have heeded the warning of being named a Judicial Hellhole®, actively making changes to rebalanced their civil justice systems. 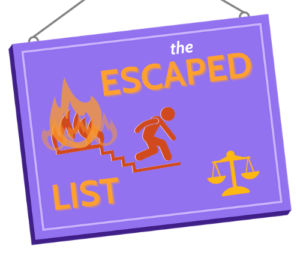 Making the first ever Judicial Hellholes® list, Mississippi’s 22nd Judicial District had taken advantage of flawed state laws to turn this small trio of counties into a mecca for plaintiffs’ lawyers to bring claims against business. Several factors contributed to litigation abuse in this district. First, the state’s permissive joinder rules allowed thousands of plaintiffs to aggregate cases with diverse facts and questions of law into “mass actions.” Between 1999 and 2000, the number of mass actions in Jefferson County alone grew from 17 to 73.

Additionally, the state’s liberal venue rules encouraged plaintiffs’ lawyers to flood the friendliest courts with cases that had little connection to the judicial district, or even to the state, simply by naming a local business as a defendant to avoid federal diversity jurisdiction. The 22nd Judicial District was typically the venue of choice for plaintiffs’ lawyers not only because of the lax joinder and venue rules, but because the courts frequently granted multimillion dollar verdicts. This led to a 2003 FBI investigation resulting in several plaintiffs in Jefferson County being charged with corruption related to a multimillion-dollar award.

Following the 2002 and 2003 Judicial Hellholes® reports, Mississippi’s leaders took action to rein in litigation abuse. The state legislature passed its first civil justice reform package, H.B. 19, in late 2002 during a special session called by Governor Ronnie Musgrove. The package amended the state’s venue laws, changed guidelines for punitive damages, and abolished joint liability for noneconomic damages for any defendant found to be less than 30 percent liable. A separate bill, H.B. 2, made changes to the state’s medical malpractice laws, including establishing a $500,000 cap on noneconomic damages and providing notice requirements for plaintiffs filing medical liability claims.

In 2003, Governor Haley Barbour and Lieutenant Governor Amy Tuck were elected on a platform that made tort reform a top priority. Prompted by Governor Barbour, the legislature enacted a comprehensive civil justice reform bill, H.B. 13, that included several significant reforms to strengthen the 2002 reforms. The bill most notably eliminated the “good for one, good for all” rule and required venue to be proper for each plaintiff instead of just one. The bill also addressed venue and joinder abuse, limited non- economic recovery against civil defendants, and abolished joint and several liability for all defendants.

Hampton County was included as a “Dishonorable Mention” in the 2002 and 2003 editions of Judicial Hellholes® before being elevated to a full-blown Judicial Hellhole® in 2004. A small (population of 20,000), rural county, Hampton County hosted a disproportionate number of lawsuits because of state venue laws that allowed many out-of-state claims to be filed in the county. A plaintiff was permitted to file a claim any- where that the defendant did business, regardless of where the plaintiff lived, where the primary place of business was, or where the injury occurred.

With these loose venue laws, plaintiffs would choose Hampton County due to its reputation for high verdicts and friendly courts and juries, turning the county into a litigation machine. While trial court judges are afforded discretion to transfer a case when it serves the convenience of witnesses and the interests of justice, judges in Hampton County had long shunned this discretion. This allowed cases to remain in Hampton County courts even when it would be more logical for the case to be heard elsewhere.

In 2005, the Supreme Court of South Carolina issued a decision that significantly reduced forum shopping in a case stemming from Hampton County. In Whaley v. CSX Transportation, Inc., a locomotive engineer filed a complaint for an alleged work-related injury 145 miles away from where the plaintiff lived, where each and every fact witness lived, where the employer maintained an office, and where there was another courthouse only 13 miles from the plaintiff’s house.

At issue for the Supreme Court was whether a defendant can sue anywhere the business “owns property and transacts business,” a lax standard that had been routinely applied by the Hampton County courts, or only where it has an office and agent for the transaction of corporate business. The court adopted the latter position, which ATRA supported in an amicus brief filed in the case. One month later, the South Carolina General Assembly passed legislation that further built upon the decision by providing that a case can only be heard in the jurisdiction where the alleged injury took place or in the jurisdiction of the defendant’s principal place of business.

West Virginia, a perennial Judicial Hellhole® for many years, emerged from Hellhole status in 2015 fol- lowing historic legal reforms enacted by state lawmakers. A troubling alliance among plaintiffs’ lawyers, the courts, and Attorney General Darrell McGraw in the early 2000s made West Virginia a “field of dreams” for plaintiffs’ lawyers. Some of the worst issues included: Supreme Court justices who were openly biased against corporate defendants; unfair consolidation of vastly dissimilar claims; asbestos fraud; a loophole permitting injured workers to file tort lawsuits rather than pursue their claims through the no-fault workers’ compensation system; a hostile medical liability climate; and excessive punitive damages. The power and influence wielded by plaintiffs’ lawyers serving in the legislature prevented enactment of desperately needed reform.

Everything changed in 2014 when West Virginia voters made a political course correction. The new legislature, under strong leadership by Senate President Bill Cole and House Speaker Tim Armstead, prioritized meaningful reforms and made several major achievements. Lawmakers tackled the issue of wide- spread excessive damage awards by passing several critical bills. H.B. 2002 abolished the state’s antiquated and unfair rule of joint liability, which had required defendants that were 30% or more at fault for an injury to potentially pay 100% of a plaintiff ’s damages. Now, individuals and businesses sued in West Virginia

will typically pay damages in proportion to their level of responsibility for an injury. Additionally, punitive damage awards are now capped at four times the amount of compensatory damages or $500,000. S.B. 6 addressed disproportionate damage awards in medical liability cases by preventing plaintiffs from receiving compensation for expenses already covered by private insurers or Medicaid. The legislation also tightened expert witness requirements, tied the state’s limit on noneconomic damages to inflation, and included additional healthcare professionals and facilities within the noneconomic damage limits.

Lawmakers also passed meaningful asbestos reform. Trust transparency legislation now requires plaintiffs’ lawyers suing solvent companies in the tort system to disclose any claims also filed with asbestos bankruptcy trusts on behalf of the same client. This rule prevents plaintiffs’ lawyers from hiding evidence that their client’s injury was caused by sources other than the companies they name as defendants and reduces the potential for fraud. Moreover, lawmakers precluded individuals who have not developed a medically-recognized condition from suing, which preserves limited resources for those who actually become sick, and prevents questionable claims generated through mass screenings and fraud. Other legislative victories included an amendment to the state’s consumer protection law that helped even the playing field for defendants, a legislative override of a 2013 high court decision that abolished the longstanding rule that property owners are not liable for “open and obvious” dangers, a law establishing that landowners owe no duty of care to trespassers, and a law tightening the loophole used by workers to sue employers outside the no-fault workers’ compensation system.

In the 2016 legislative session, the West Virginia Legislature enacted still more civil justice reforms. Lawmakers adopted the learned intermediary doctrine, the widely accepted principle that drug companies have an obligation to educate doctors instead of directly warning patients, a wrongful conduct bill protecting defendants from liability for injuries that occurred when a potential plaintiff was committing a crime, and sunshine legislation bringing transparency to and placing regulatory parameters on the state attorney general’s hiring of private attorneys on a contingency fee basis. In 2017, lawmakers passed two more important reforms: one lowering the states judgment interest rate (H.B. 2678), and another limiting products liability for innocent sellers (H.B. 2850).

Thanks to additional positive developments in 2021, which are highlighted in the Points of Light section, West Virginia is neither a Judicial Hellhole nor a Watch List jurisdiction for the first time in report history.

The previous jurisdictions took action to rid the undesirable “Judicial Hellholes®” designation. Others, however, seem to have almost embraced it, making little improvement or even becoming more deeply entrenched, year after year.

Jurisdictions in Illinois have been named Judicial Hellholes® every year since the report’s inception. Recurring issues over the past 20 years include asbestos litigation, lawsuits that do not actually claim any sort of injury occurred, including these jurisdictions welcoming those related to data privacy, and out-of-state lawsuits.

Jurisdictions in California were named Judicial Hellholes® a total of 15 years, plus four years on the report’s Watch List. Recurring issues over the past 20 years include lawsuits that abuse the Americans with Disabilities Act, consumer- and food-related lawsuits that do not actually claim any sort of injury occurred, abusive lawsuits against employers under the Private Attorneys General Act (2004), lawsuits related to the state’s Proposition 65 lawsuits alleging products contain traces of substances the state regards as carcinogens, as well as the expansion of public nuisance law.

Jurisdictions in Louisiana were named Judicial Hellholes® a total of 11 years, plus four years on the report’s Watch List. Recurring issues include coastal and environmental litigation against energy compa- nies, auto insurance scams and a large number of auto injury claims, government cronyism, and, up until recently, a high jury trial threshold that allowed plaintiff-friendly judges to decide many claims.

Jurisdictions in New York were named Judicial Hellholes® a total of 11 years, plus one year on the report’s Watch List. Recurring issues include New York City’s asbestos litigation, lawsuits that abuse the Americans with Disabilities Act, the state’s unique scaffold law, consumer- and food-related lawsuits that do not actually claim any injury occurred and the legislature’s repeated consideration of bills that would expand liability.